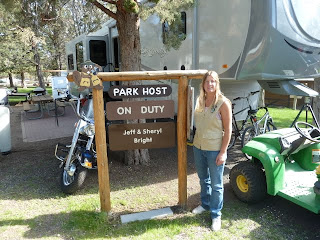 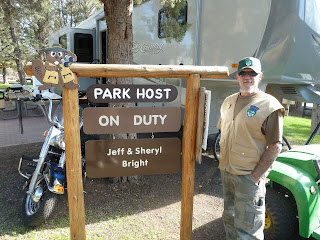 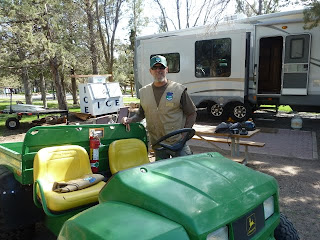 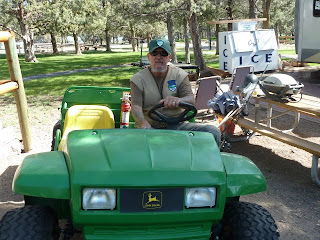 We started work on Sunday... and we've made it to Friday!﻿  We are the cabin hosts, which means that our main duty is to clean the cabins, but we do other work as needed around the park, and we are available to sell ice and firewood.
It isn't real busy here yet, so its fairly easy going. 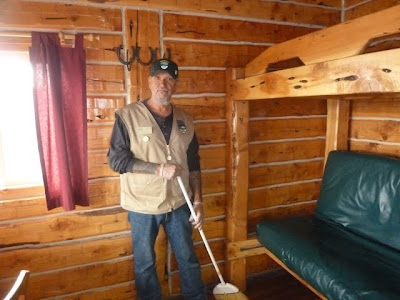 Last Friday was Jeffs sister's birthday, and Saturday was Jeffs birthday.  So on Friday we took Bonnie to lunch, then she came back to our place where we had birthday cake for both of them.  It was an enjoyable afternoon... and a great excuse for chocolate cake and ice cream!! 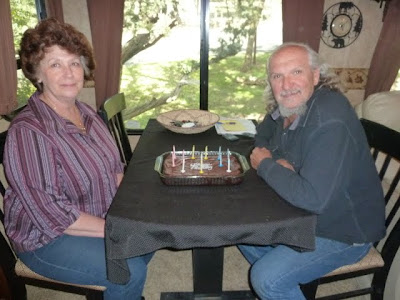 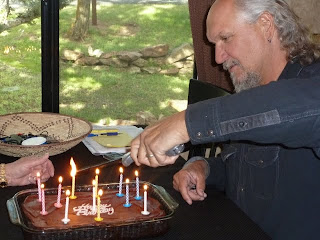 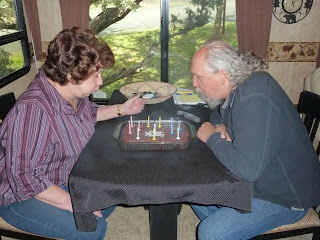 Saturday,  the birthday boy had been waiting for his Pizza and Beer.  So we went into Prineville to John Doughs Pizza and Cinnabar (in the same building).  It was the last day that the Pizza shop was open. .. too bad because it was really good pizza.  The owner was closing down and moving to New Zealand.

While eating our pizza in the bar, we tried our luck at Keno.  I played a 7 Spot, with 3 of the numbers being Jeffs birth date (since it was his birthday).  I won $1 for getting 3 of the 7 numbers.  Guess what 3 numbers it was?? 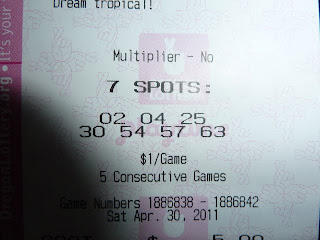 The 04, 30, and 54 were the only 3 numbers that matched.  Isnt that cool??  On his birthday, we played his birthday and his birthday numbers were the only matching numbers!!
I should have asked for a printout of the game... but I didnt... You will just have to believe me on that.
We had a great time, and I drove home!

On another note... we got an email from our renters, saying that he is being transferred to Seattle.  So they will be moving out in June.  Good thing we are in Oregon, so we can interview new rental applicants.  We have some work to do inside the house too, so this will give us a chance to do it between inhabitants.  Sure hope we get good renters again!