Moab Utah is home to 2 of our 400+ National Parks... Canyonlands and Arches.
We rode through Arches NP a week ago.
We rode our Harley's through most of this park 2 Summers ago, but it was so hot we couldn't enjoy it.
We can't say that this time was much different.  I just cant seem to handle heat anymore, AND...  Arches is a very popular national park, but we have figured out that its popularity must be with the hikers.  Of which we once were... but regretfully are not so much, right now.
Arches National Park 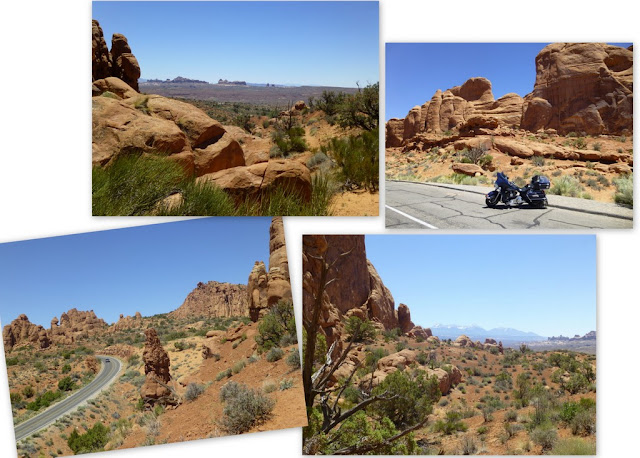 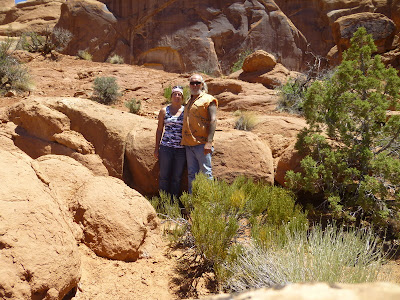 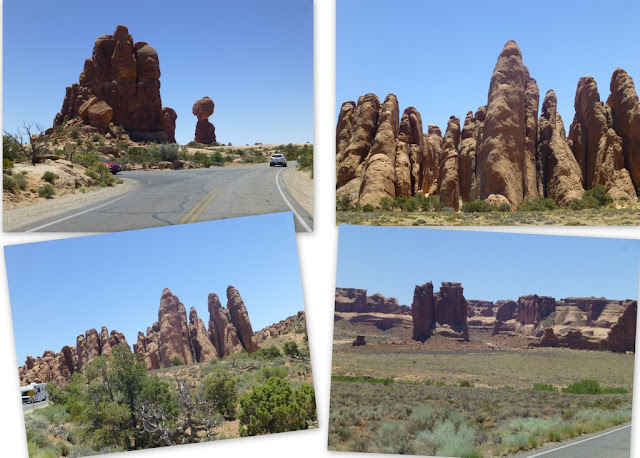 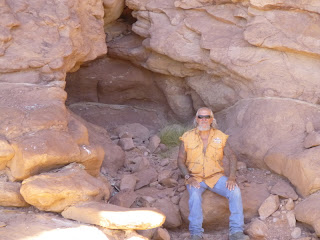 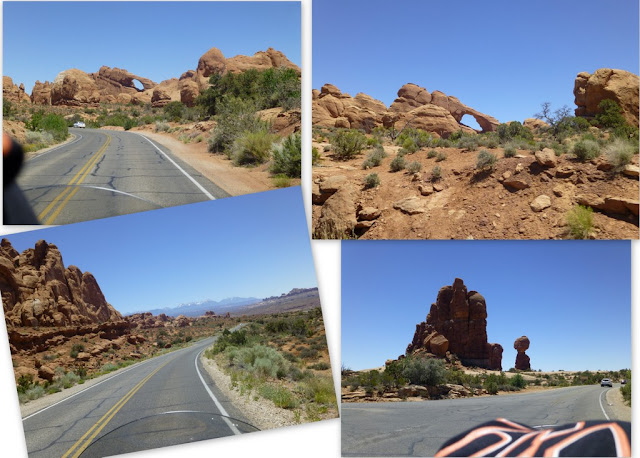 Contrails
What do you make of these?  anybody?? 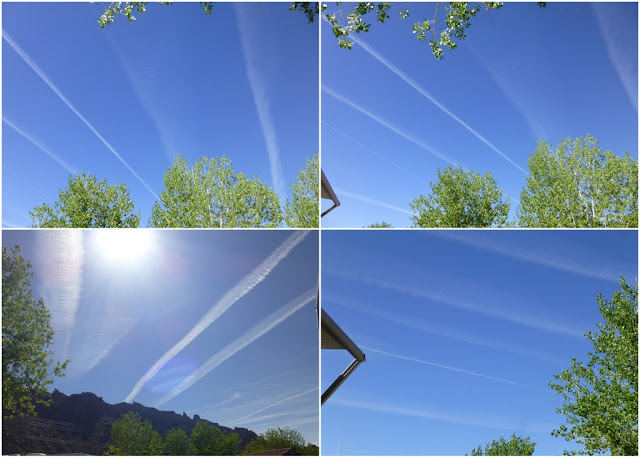 On our days off last week we decided to make an overnight trip somewhere.
We chose Grand Junction, because it was only 110 miles, it included a beautiful ride out the 128 along the river to I-70, and there was another National Park we could visit.
But a big reason for a get-away was to cool off in a Pool!
I found a motel online for a decent price and really good reviews.  It is an older motel, but kept very well with friendly owners, a nice pool, and it had an awesome continental breakfast.
We enjoyed our time. 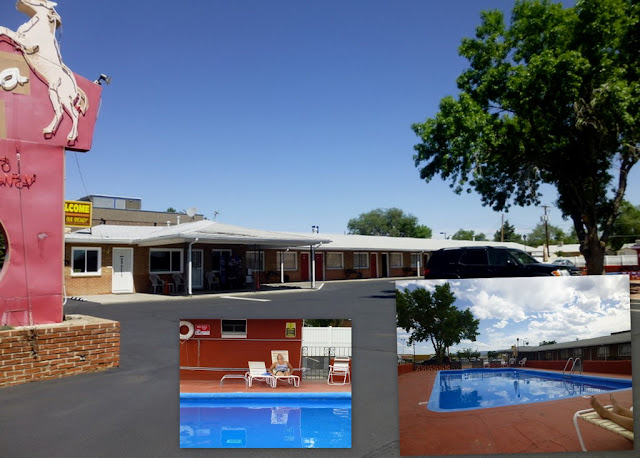 After we left the motel in the morning, we stopped at the Harley shop in Grand Junction and met some riders from Ohio, who were headed to Moab for the night and were riding through the Colorado National Monument on their way.  They showed us a route to get to the East entrance of the park, allowing us to ride through the park to the West entrance.  We are SO glad we saw this park.
Colorado National Monument 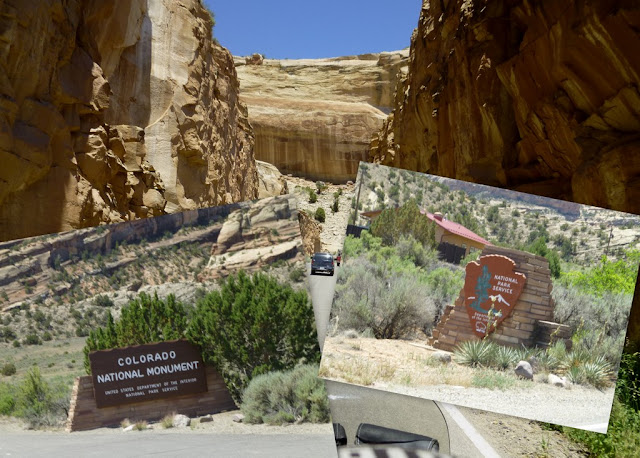 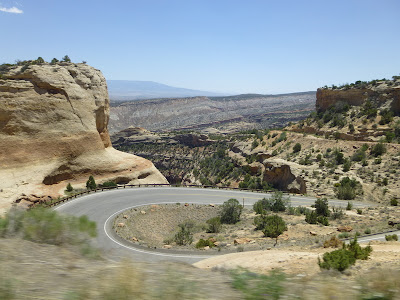 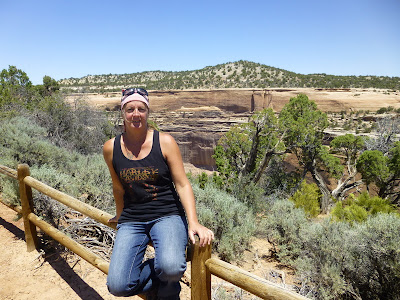 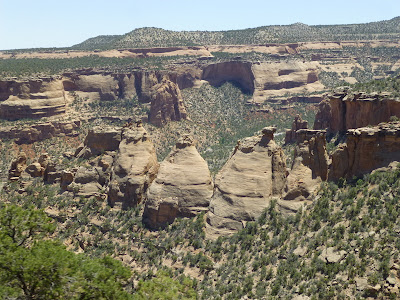 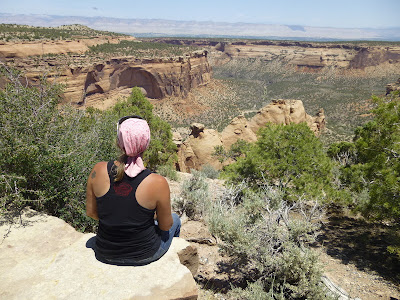 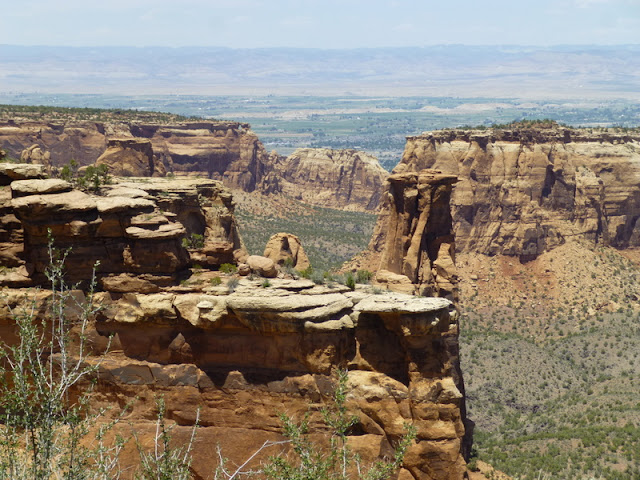 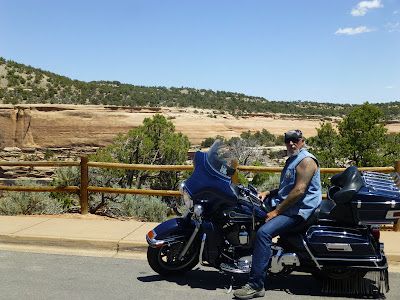 The two Tunnels were among our favorite parts of the park. 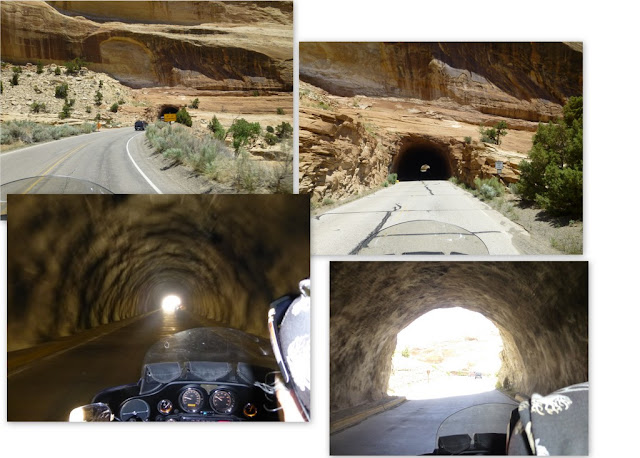 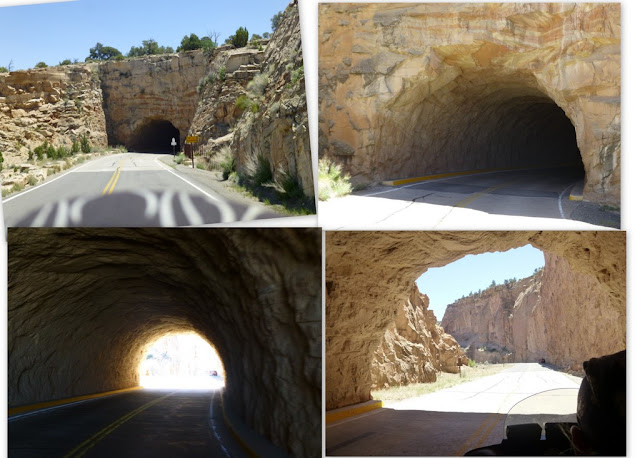 
The Ride and the Views were Incredible... 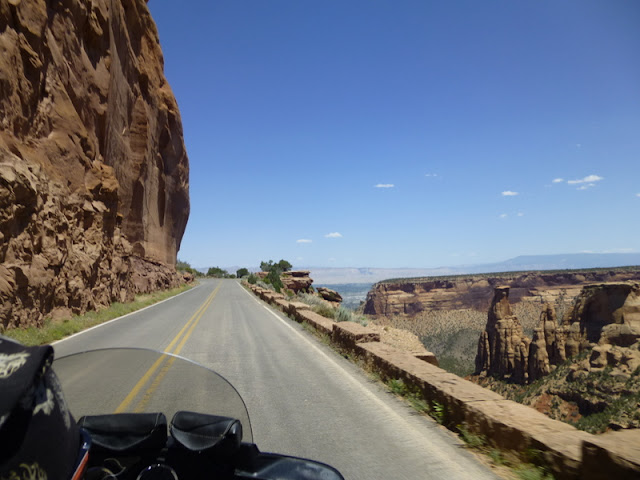 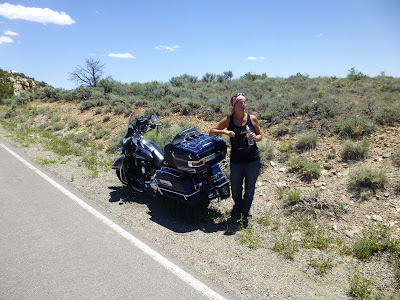 Sights like this get Jeff's attention, so when he spotted it as we rounded a corner, we had to stop. 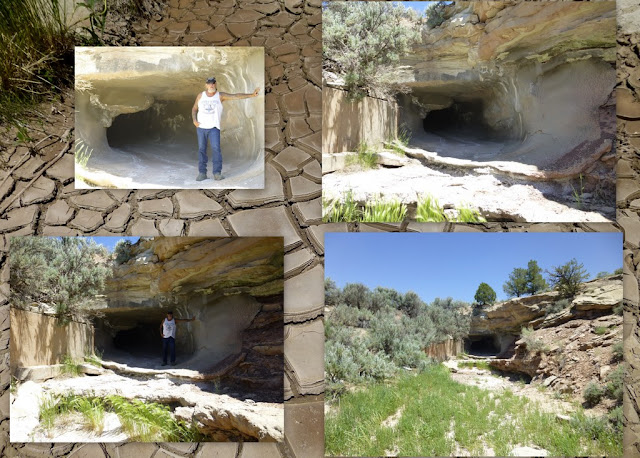 We met up with the guys from Ohio, again at a viewpoint in the park. 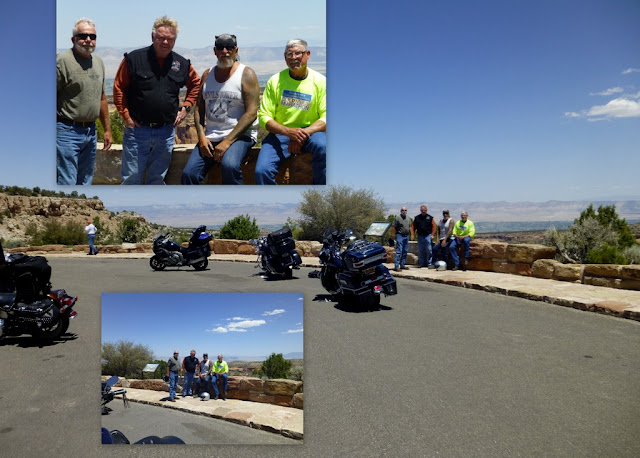 Then we met up again in Fruita, for a cold beer after the warm ride. 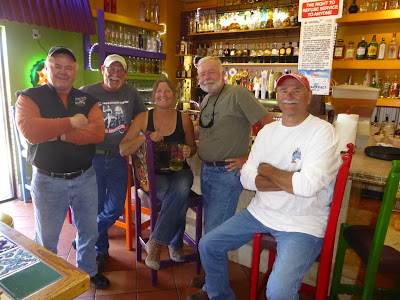 Half way home we stopped at a Rest Area, where we met Debra, a truck driver of 25 years.
She solicited Jeff's help... which he was happy to do.﻿ 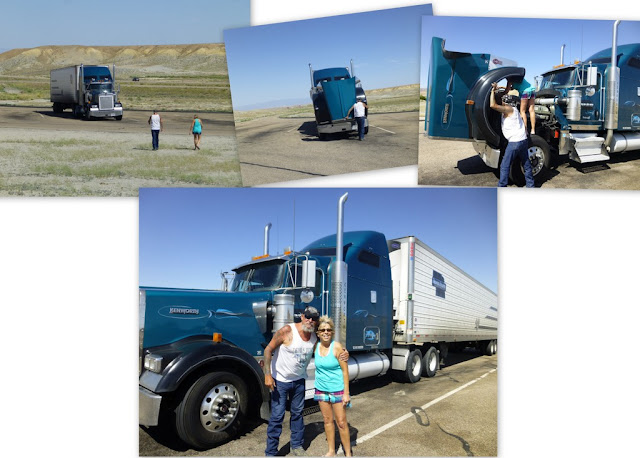 Well... All this happened over a week ago.  I've had a heck of a time getting this posted.  Now I have so much more to "show & tell" I better leave this where it is, and start working on the next post!
﻿