Pedaling accident may cause delay in LV departure! 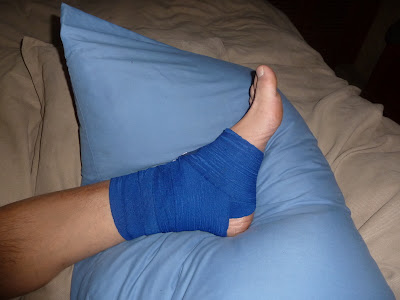 I told him bicycling in the city at night was a bad idea!  But he convinced me we would be fine.  Actually, my concern had been drivers not seeing us.  I hadn't thought about the fact that it's dark, and we may not see things clearly.  I was riding on the sidewalk and Jeff was in the bicycle lane, but the bicycle lane was ending, so Jeff veered over to the sidewalk, but he came at it at an angle and there wasnt a smooth transition from road to sidewalk... so it threw him down.  I've never heard him holler like that... I wasn't sure what was hurt.  It turned out to be his ankle.
We don't have medical insurance, so we dont make trips to see a doctor unless there is nothing we can do on our own.  We have internet, so we did some self-diagnosis.  The fact that he was able to make it home, although in excruciating pain, told us it was not broken.  The fact that it is so extremely painful and very very swollen tells us it is a severe sprain.
So I am caring for my hubby with ice treatments, elevating his leg, wrapping his ankle, and ibuprofen.


We are scheduled to leave here Wednesday morning, but if his ankle does not improve significantly today and tomorrow, we will most likely need to extend our stay again.


We received a call offering us a job selling Christmas trees in Tucson, AZ.  We were considering it, but I had to call him this morning and decline.  They need us now... and we cant leave now.  That's okay.  We will have to accept work or hosting jobs late next year, but for now we will stick with our plan for an extended vacation to see areas we havent been... including the East Coast next Spring/Summer.

We had a great Thanksgiving here at the park.  There was a wonderful variety of dishes brought by other "campers" and the park provided both turkey and ham.


They arranged the food tables in the library/game room... 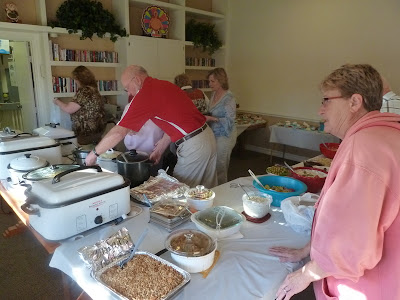 and tables were set up in the TV gathering room, for eating... 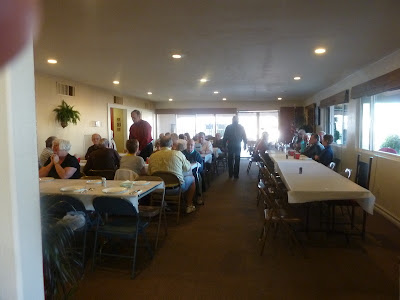 Tables were set up outside as well... so this is where we wanted to be! 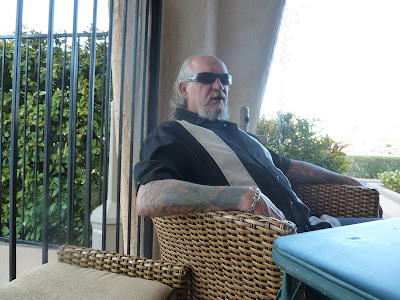 These pictures were taken early... the place filled up soon after.
The day before Thanksgiving, we visited one of Vegas' Harley shops.  We didnt find anything we needed or could afford to buy... but it was enjoyable.  They had old bikes and old cars displayed. 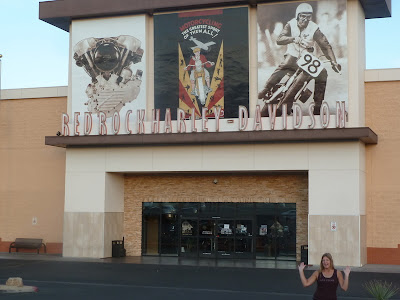 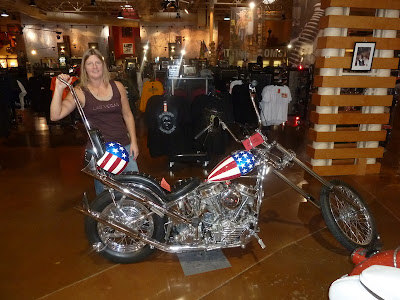 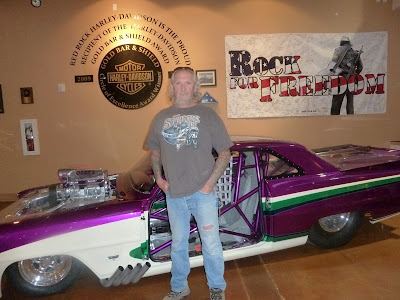 Well, that's all I've got to say for now... Hopefully we will be out of Vegas on our way to the Palm Springs area soon.
Posted by The Bright's at 2:37 PM