Good Morning Everyone...
This is a simple post to update our location.

When we left San Angelo, Texas we turned West rather than traveling further North in Texas.  Although we were looking forward to seeing Palo Duro Canyon, we decided we wanted to stick with the route we had originally planned for traveling through New Mexico and Arizona.

We were looking forward to traveling routes we had not yet been.  So we took a new route into Carlsbad, where we stayed a week at Brantley Lake SP, in the same site we had been in February 2011.  The weather was scorching hot, mid 90's several days. 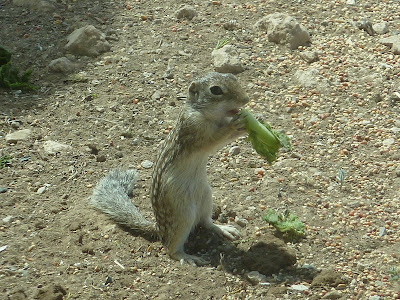 From Carlsbad, we took a route new to us to Ruidoso, NM.

Ruidoso is a mountain town.  It's a ski town in Winter.  Yesterday we drove the Billy the Kid Trail route.  (and wished we were on our Harley(s) of course).  We had just watched Young Guns last week, so the story of Billy the Kid and the towns that they traveled to, were fresh in our minds.  So as to not have only the Hollywood version of the story in our minds, we read up on the facts on the internet.  It was a great day.  We spent hours walking through the town of Lincoln, which was full of historic buildings, all marked with their place in the story. 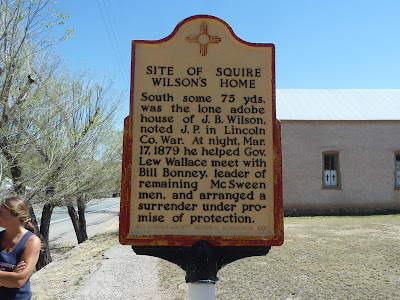 From here, we will continue West, in order to reach Oregon by April 28th.
Our cell phone service has turned off our data plan because of all our roaming, so we do not have internet access unless we find wi-fi.  We will need to change providers so this is not a problem.  Until then, except for being unable to check email or do travel research, I have been thankful to not have the internet distraction.