We also like the Ravens because of player Michael Oher.  Did you see the movie "Blind Side"? 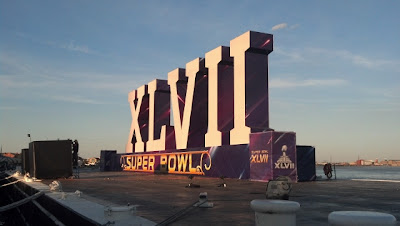 But the 49ers have to be the team we are rooting for this year.  We have named this Super Bowl, the "Kenny Bowl".  My late husband, Ken Feriante, was a serious 49er fan.  Unfortunately, the last 11 years of his life, the team no longer did well.  But they have finally made it to the Super Bowl again, and we know he would be freaking thrilled!  So this Super Bowl is for you, Ken.

Are you watching the game today??  Who is your team?
Posted by The Bright's at 10:55 AM