On the last post, I said how much Jeff hated the seat on the Fatboy that he bought.  But I didn't tell you that we bought a new seat for it. 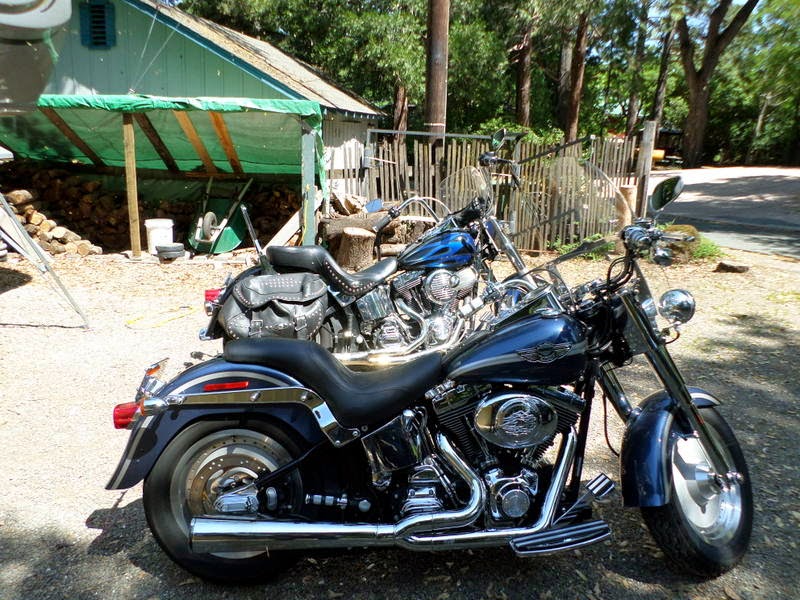 THIS is the right seat for Jeff.


Now he just needs to get the 16 inch Ape Hanger Handlebars on it. 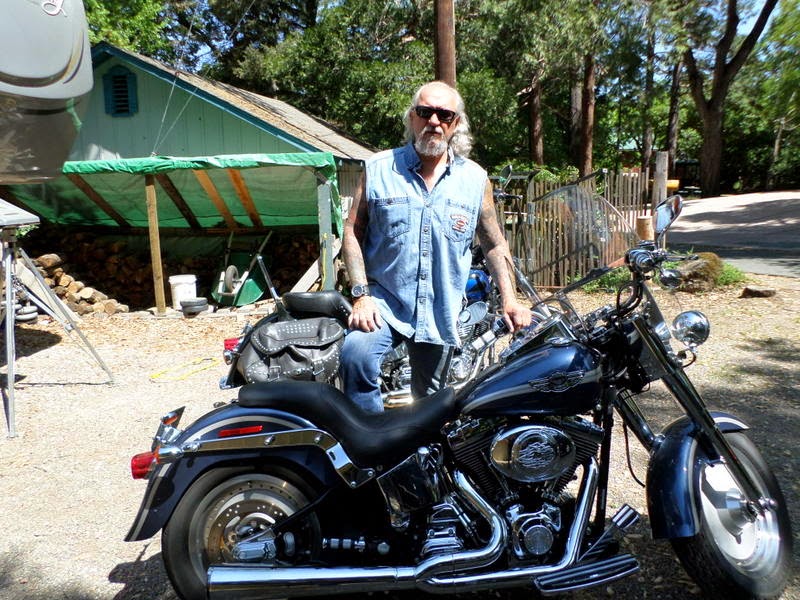 We arrived in California for our new job on March 30th.  It definitely isn't simple making a move with two Harley's and a fifth-wheel.  We both rode to Redding and left both bikes, and caught a ride back with a friend in her car.  Then we drove the fifth wheel to Redding, and I rode my Harley to Clearlake, with Jeff following pulling the fifth-wheel.  THEN... a week later, we drove to Redding, and Jeff rode his Harley back.  Phew... lots of work living "on the road".

When we arrived, we stayed next door at the RV Park so we could get some orientation while the Winter caretakers were still on site.
It was a whirlwind Orientation... or so it seemed.  Way too much to take in with so little time.

I tried my best to take notes... but until we are on site and on duty and approaching an issue... we cant really understand it.  If you've been in the situation, you probably know what I mean. 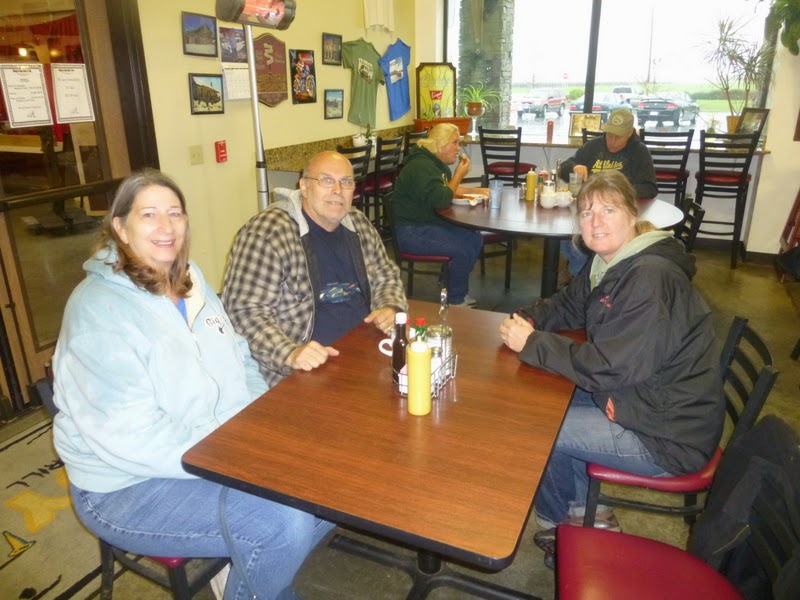 Our first day of Orientation, Marci made us a wonderful dinner at their place.


The second day, Glenn and Marci showed us around the area, and took us to lunch at the hardware store... sounds funny, but there is a diner at the local hardware store.

This is our View out our back window... 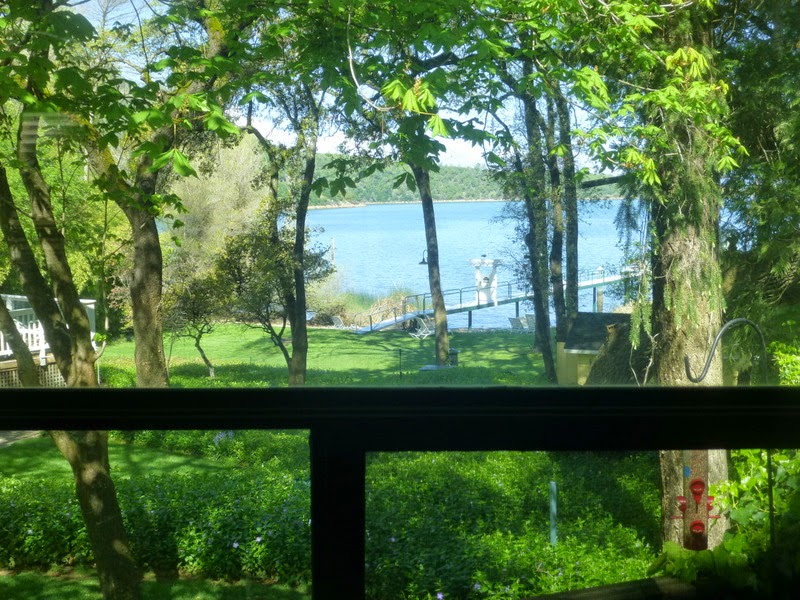 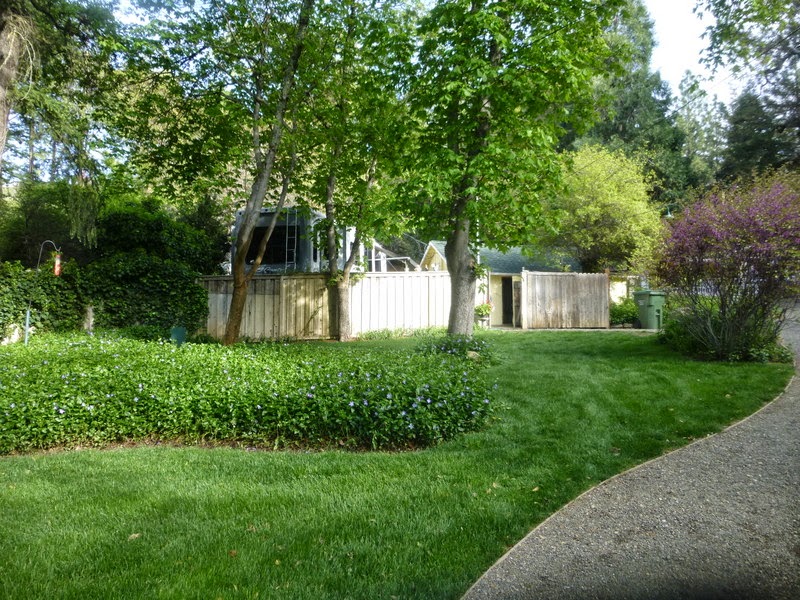 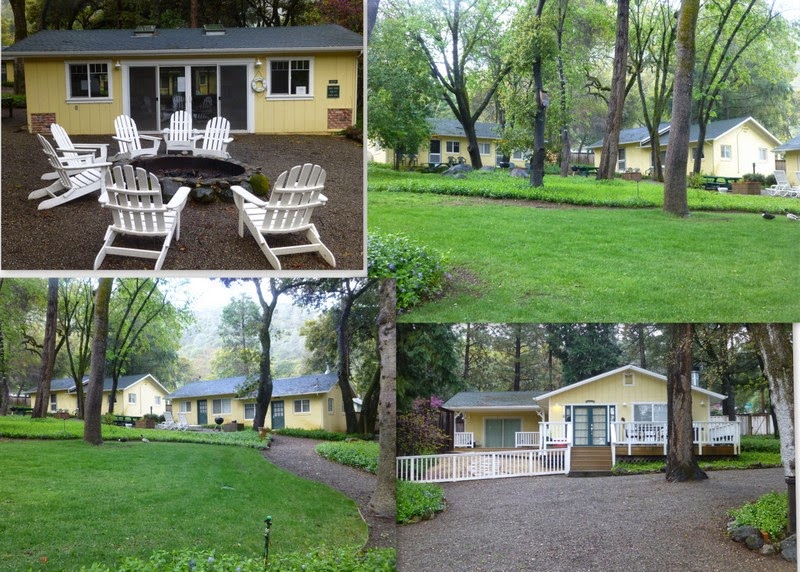 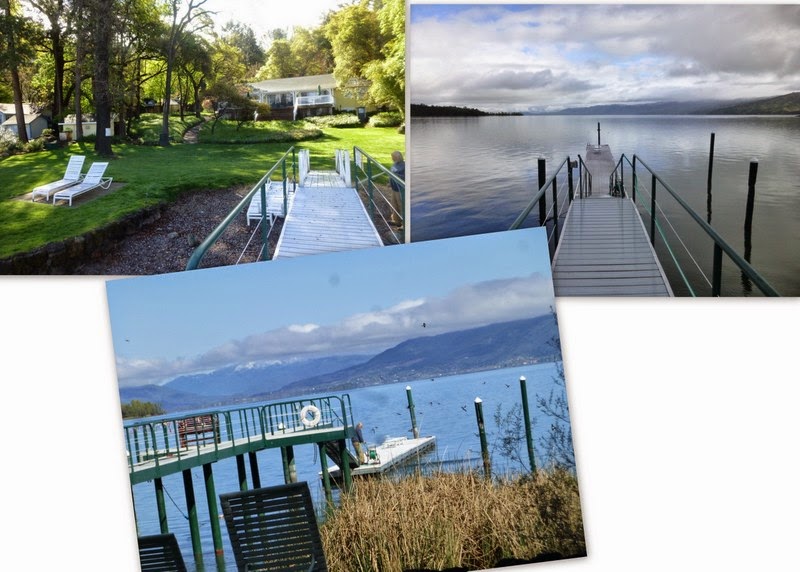 We've worked our first month now... and it has been an experience!  We've learned a lot and done a lot.  California has not had a lot of rain this Winter, so the lake is very low for this time of year.
We've had some challenges... but we are really enjoying it here.  So far, we're really glad we took the caretaking job.

We were even able to get Jonathan down here to spend more than a week with us... and of course, we put him to work! 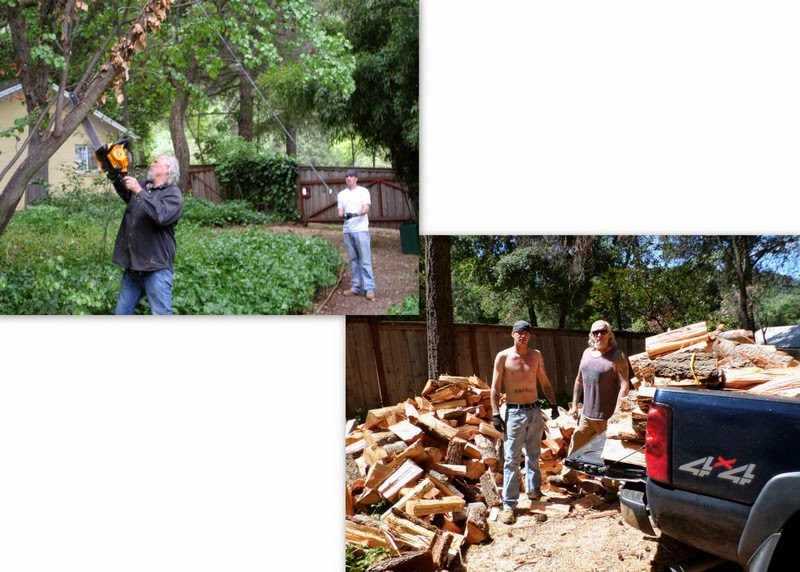 We had a really good time together.  This was the most time the 3 of us have spent together. 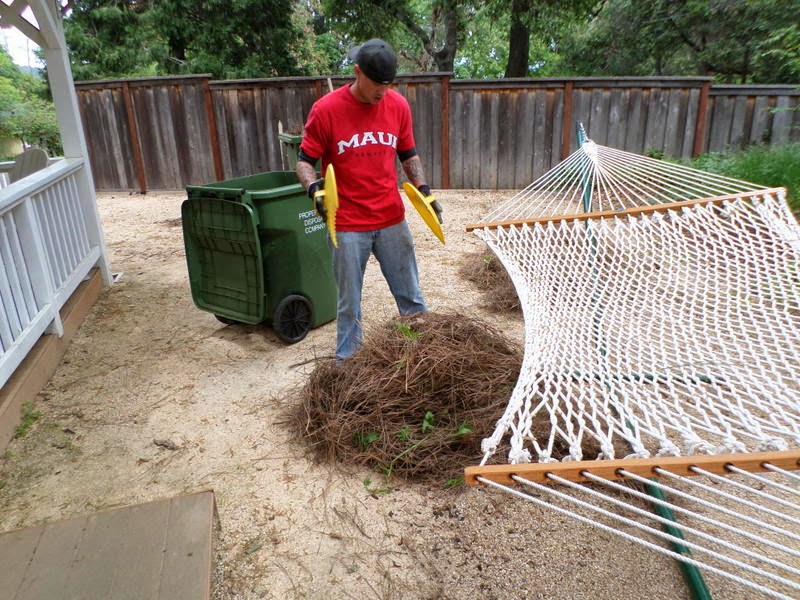 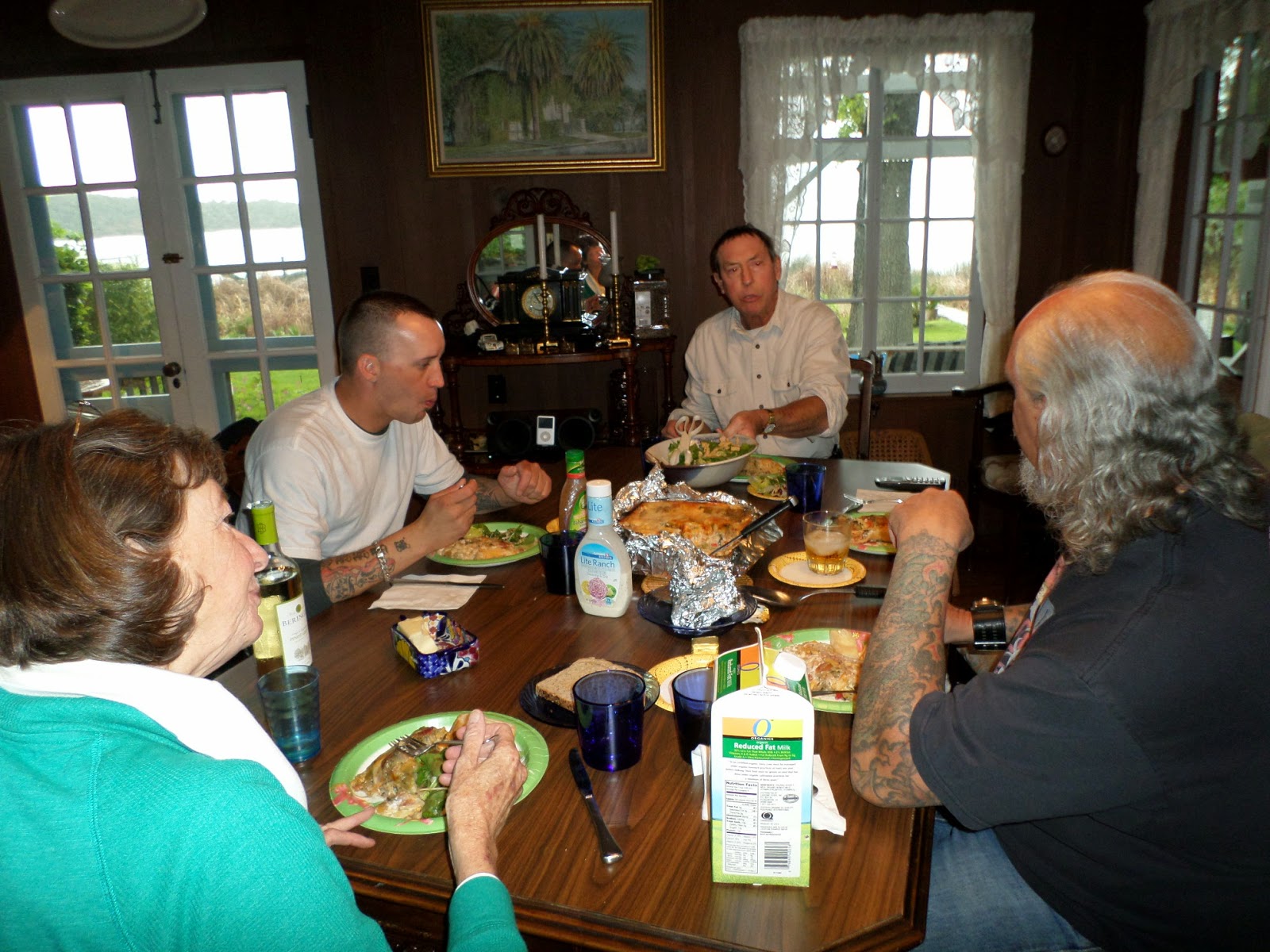 Our neighbors, Chuck and Joan, had us over one evening for dinner and games.  It was a good time for all of us, and a good thing for us, since I can't seem to find time to make meals!

This couple, Russ and Dianne, were here visiting from Wisconsin.
They were looking for a property to purchase, and found one while they were here! 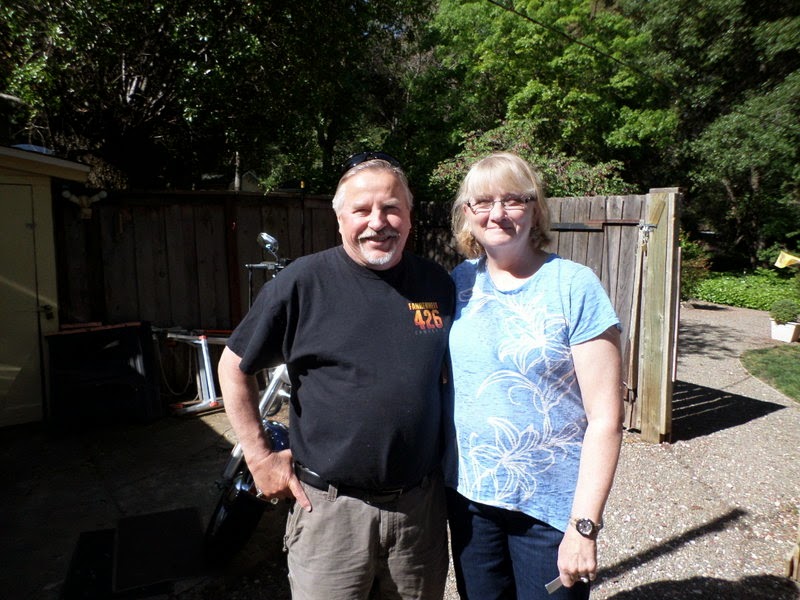 Their offer was accepted by the owner, then get this... the owner isn't ready to move out, and Russ and Dianne are not ready to move in for a couple years... so they signed a lease agreement.
Talk about a perfect arrangement for everyone!
What a great couple... they shared a fire with us a couple nights, then surprised us with a cash tip in the cottage when we went in to cleanup.  Our first Tip!  What a fun surprise.

Last weekend, there was a family reunion held here.  They reserved all cottages, then had an 80th birthday party for a local family member.  There were 70 people here for the party.  Some of them had come from as far as Arkansas... and many of them had not seen each other in 40 years, so there was a lot of excitement, and several times, we were mistaken for one of their long lost relatives.  Funny... we started thinking we should play along, and maybe remind them of that loan we gave them so many years ago. (ha ha)

They were a wonderful bunch of people... we couldn't have asked for more well-behaved, friendly, tolerant people. 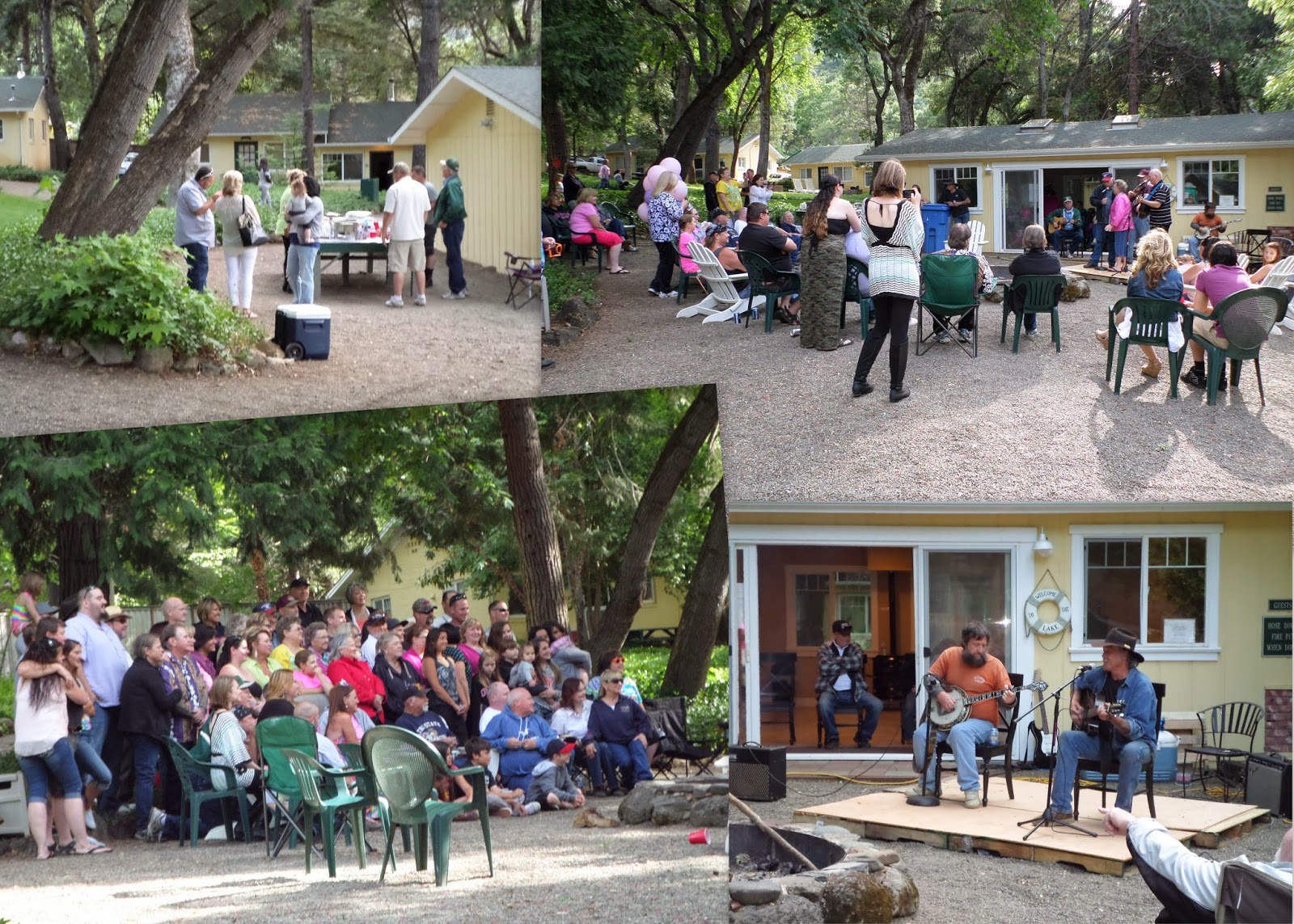 The reason I say "tolerant" is because there were a few issues with the cottages.  One especially bad. 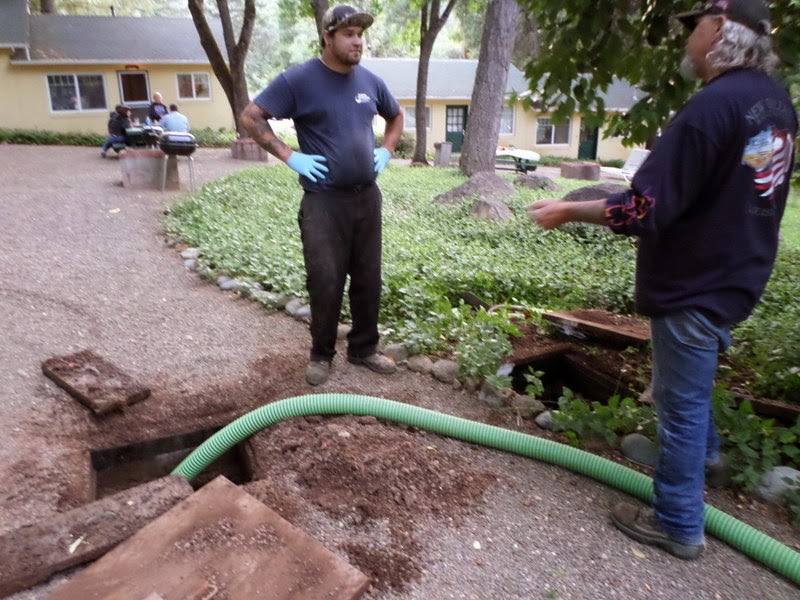 But we made it through!

Less than 5 months left on this commitment... then what??