We have a plan!

We've been wavering on our wanderings lately.  But as of today, we have established a plan for the next couple months!

Our new plan?  We will be leaving Carl Washburne SP on the 28th of this month and moving to an RV park in Grants Pass, close to our house there.  We’ve reserved the space for one week.  After the week, we will move our trailer onto friends property, and leave on the Harleys for awhile… how long unknown… exact destination or route unknown.

We received a call this afternoon from Linda, the host coordinator/park ranger at Prineville SP.  She invited us to come in September and be cabin hosts again.  We thought it sounded good, so we accepted.  So there it is… plans for August and September.

We just got back from a trip to Grants Pass on the bikes.  We headed out on Wednesday morning for Crescent City, Calif., but turned West at Coos Bay and rode directly to Grants Pass and Medford instead.  The change in plans worked out well, for a few reasons…

We stopped at the rest area just out of Grants Pass, to make a phone call.  We pulled over in the upper lot, and were surprised when we looked down at the truck parking and saw Jeff’s brother parked there.  It was great… they hadn’t seen each other for 9 months. 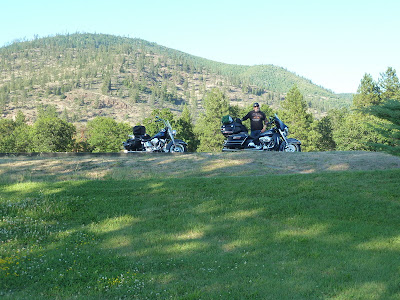 Then, we were really glad it worked out that we were able to meet up with Jeff’s son, Jon, in Rogue River for a short visit. 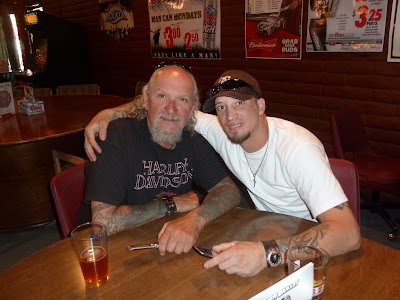 Father and Son enjoying a beer together 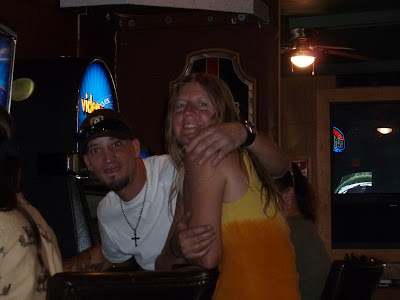 
After a couple beers, some casual chat and entertaining games…  Jon’s girlfriend, Brooke, came to give him a ride home.   They went home, and we continued on our way to Medford. 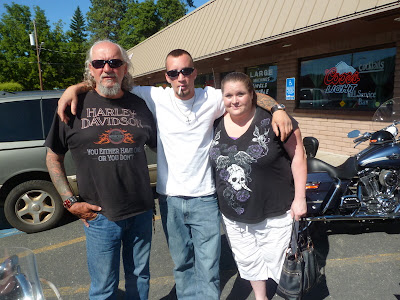 Our ride to Medford  took us by Kenny’s cross.  Ken is my late husband.  He was in a motorcycle accident at this site, and later died.  What is the really great part of the story, is that my husband, Jeff, knew my husband, Ken, only as an acquaintance;  Yet for whatever reason… he felt that he needed to make a cross to place at the site.  This cross was made and placed to honor my late husband… by my husband.  Isn’t that just the coolest thing ever?  GOD was definitely involved here. 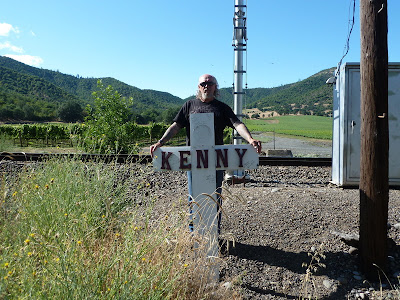 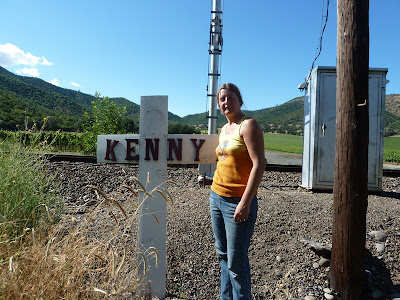 The Cross has definitely seen its days.  It has been weathered in these past 4 years and 4 months, but someone has been giving it attention.  The letters have been re-glued then screwed on, by someone.  Some of the words written remain, but most have faded away.  The marker was still there, so Jeff wrote some words. 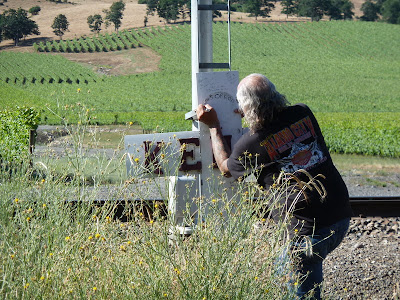 In Medford, We were going to my parent’s house, where we would stay the night.   We knew they had friends staying with them, so we brought our tent and air mats.  It also made a good trial run for our motorcycle trip in August, since we plan on tenting it.


At my parents house, we set up our tent home… then some of us relaxed, while waiting for our dinner. 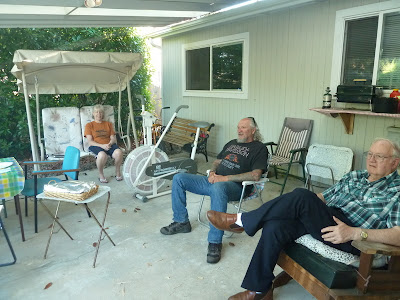 Paul did the barbequing, and seems to know what he’s doing. It was all good. 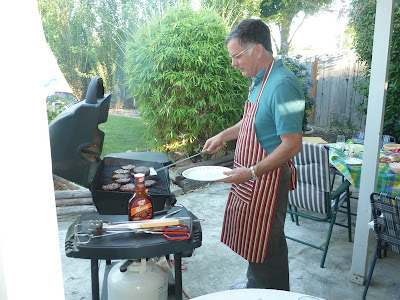 My mom did an awesome potato salad, fruit salad, and corn on the cob (that my dad was out buying when we arrived).  It was ALL wonderful!! 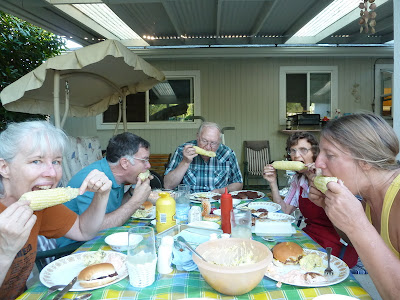 Mmmm.... Summer Corn on the Cob 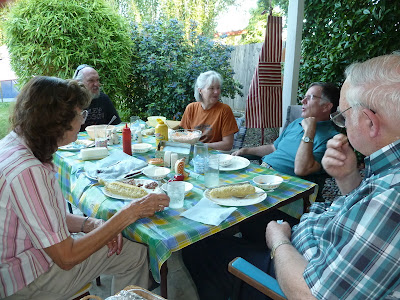 My mom made her awesome pies, as usual, and one of us at least made an attempt to work it off… 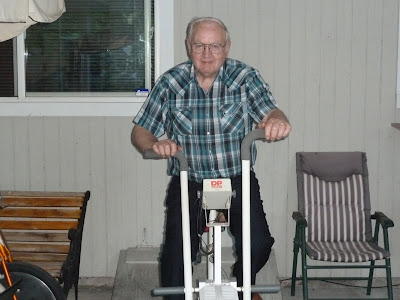 The night before our trip, we noticed a mouse had been getting into one of our kitchen drawers.  So we set a trap.  The first thing I did when we got home, was check the drawer.  We got the critter!! 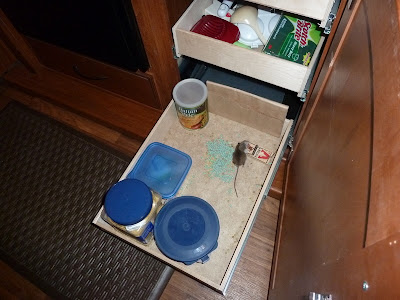 Tuesday night we had a host potluck at our site.   A few didn’t show up, for various reasons, but most of us were there and we enjoyed a great time together. 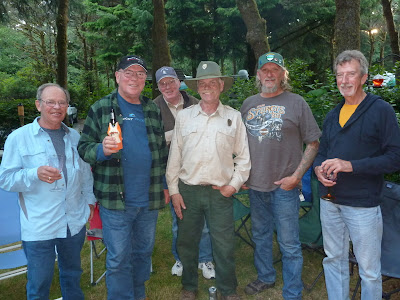 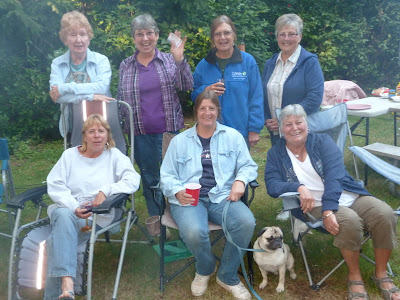 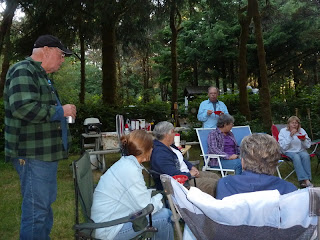 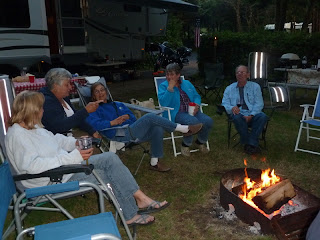 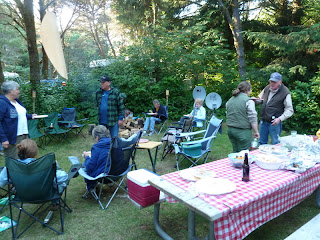 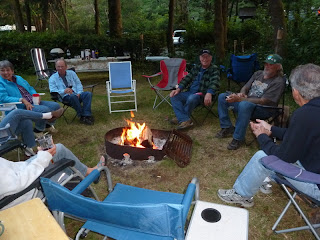