Whoo-Hoo!!  Road Trip!!
After much dilemna about what to do with our wheel home, we decided to park it, along with the truck,  in RV Storage and go on this road trip.  That gives us the month of August to two wheel it.  This was a trip that Mike and Ginny had planned, and invited us on.  The initial plan was to ride up through Montana and Wyoming and meet Mikes sister somewhere in Wyoming, but the plan got changed to riding through Utah, and meeting up in Idaho Falls or West Yellowstone.

Day One - Jeff and I left Saturday morning, from Grants Pass, and met up with Mike and Ginny in Klamath Falls.  Our destination was Eagle Lake, in California.  Mike had camped there before, so he led the way...  We rode 285 miles... but we really only went 257.  It turns out, the last time Mike was here was about 25 years ago!  So we rode what seemed too far down a road, then turned around since we were sure we missed it.  But turning around, our leader (Mike) pulled off the road, where the ground was so soft, his tire sunk and he went down.  We all came to his rescue, but it broke his kickstand, so his kickstand now works with a bungie cord instead of a spring.

We rode back several miles and took a different turn, but still no campground.  So we stopped at a market, where we were told that it was back the way we went originally, but 10 miles further.  So we madet it... just a little added adventure.

The campground was great... but it sure did get cold!  We all froze. ﻿﻿ 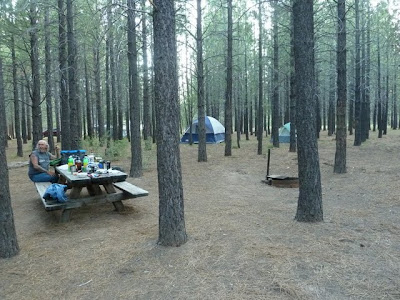 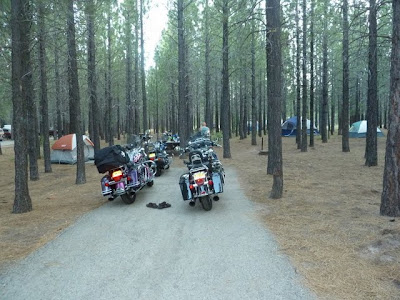 Day Two:  Eagle Lake to Fallon, NV.  From Eagle Lake, we continued on Hwy 139 into Susanville, and what an awesome ride!  The views were spectacular!!  I so wanted to pull over and get pictures, but there wasnt enough road to pull over... so if you haven't been on the road, you'll just have to trust me on how beautiful it is.
In Susanville, the plan was to get breakfast at Black Bear Diner, but it was closed for remodeling and there were no other real restaurants in the town... so we had to settle for a quick bite at McDonalds.

From there we went through Reno, with a short stop at Silver City Casino, only to find out that it was closed down!  So we took a short break and headed out for the Nevada 50, which would take us across to Ely, NV.  When we got to Fallon, NV we were hot and beat and with not much restful sleep the night before, we decided to stop for the night.  There were no campgrounds, so we stayed at the Bonanza Inn and Casino.  It was great and only $57 for a big room.


Day Three:
After a restful sleep, we got back on the Nevada 50... known as "the loneliest road"... and it is!
There is nothing out there... but it was a great day.  We stopped at all 3 of the small towns there were along the 250 mile stretch.

Our favorite stop was at Cold Springs, near the town of Austin.  We enjoyed the company of the owners, and shared stories.  The new place is less than one year old, after a fire took their original establishment. 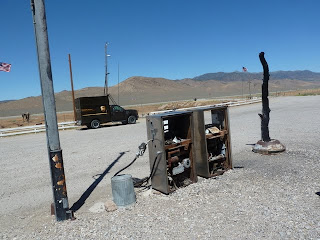 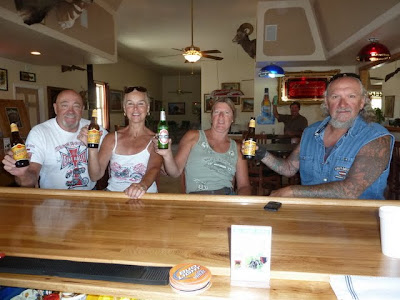 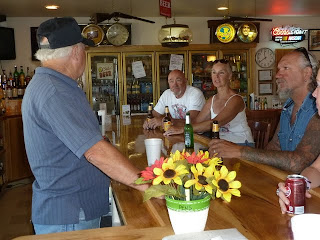 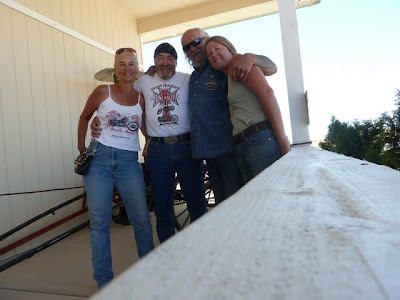 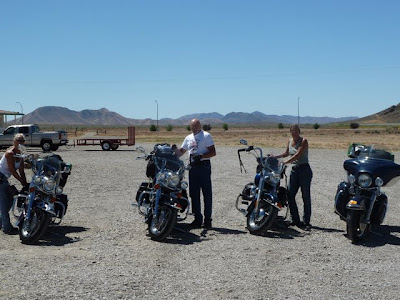 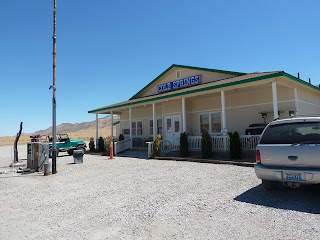 Today - Day Four:  We woke at 6:30 to a change of plans. Ginny announced that she was going to leave early and go down to Winslow, AZ to see her grandkids.  Of course, Mike wouldnt let her go by herself, so they took off this morning, for the 550 mile ride.  They will leave there on Thursday and head back North, but we arent sure where we will be by then.  We are heading South for Zion National Park in Southern Utah, today.  Then we will decide from there.

We need to pack up and get going... so I am going to post this, but will return to it tonight to add pictures.  So if you read it today... check back!
Posted by The Bright's at 9:36 AM