THE PARK IS OURS!!

We can shout that from our door, or from the lake.  The campground is closed and we are here behind a locked gate.  Yesterday, there wasnt even one person who entered the day use to the lake.  This is AWESOME!

Our "contract" was up at the end of September, but they asked if we would stay for October, to help out with projects.  They have us building picnic tables, as well as continuing our back road patrol. 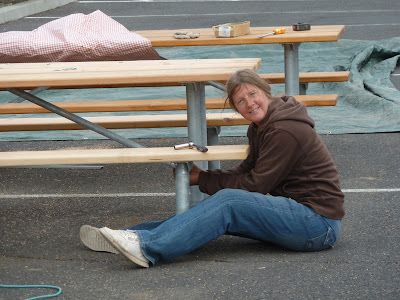 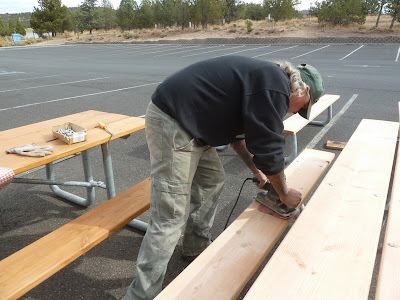 Before we had the park all to ourselves, we shared it with the other camp hosts, Jan and Jim.  We had a great time together, chatting around a fire or playing games. 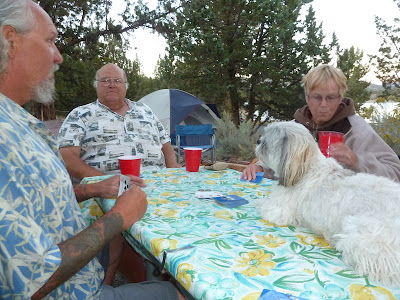 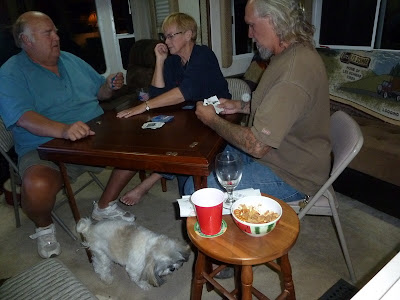 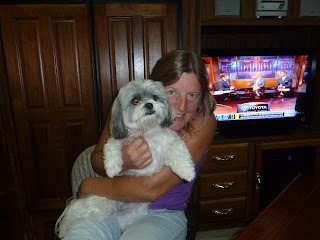 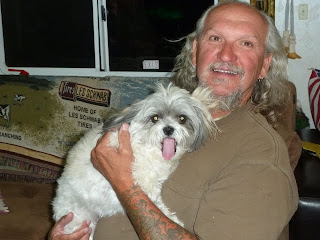 We've had a great month, here at Jasper Point.  The weather has been perfect, the campers and job enjoyable, an amazing view out our front door, and just the right amount of family and friends visiting.
At my last post, Jeff's sons, Jake and Jon, were to visit.  They both arrived as planned, and we had a good time together.  This was a really special time for Jeff, to be with both his boys. 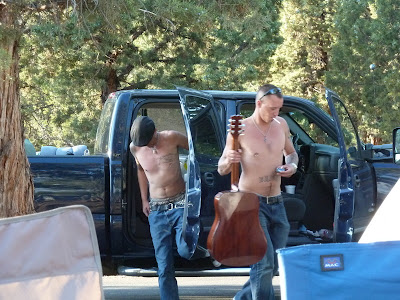 The "boys" shared a shot together, to kick off the weekend. 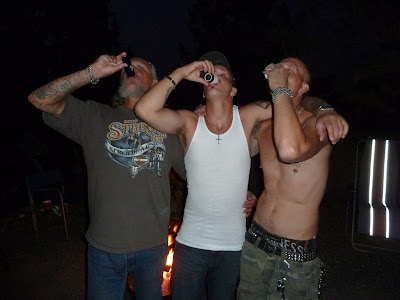 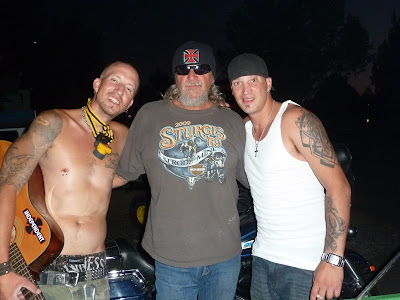 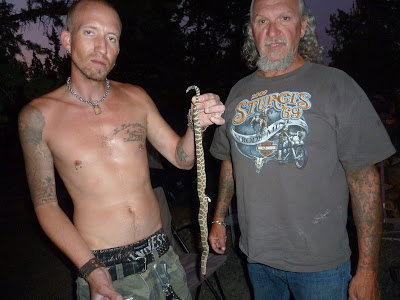 Ok... so this doesnt look so fun... but it was, in its own way, I guess.
Jake killed this rattle snake while out for a bicycle ride.  It continued to slither and rattle,
even though its head was gone. 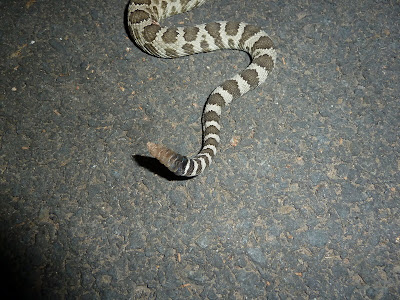 This was one of six encounters we have had with rattle snakes.
Jeff tried to shoot one the other day with our .38 and missed.  but we now have snake shot for the .38. The next one is ours!

The guys tried some fishing together... 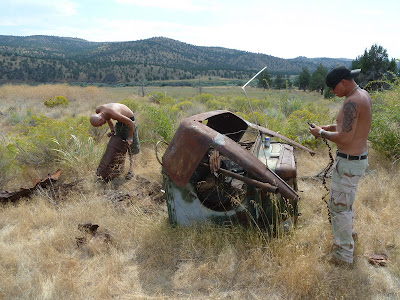 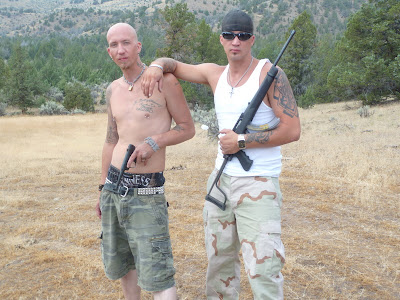 and some Swimming (or Jumping)... 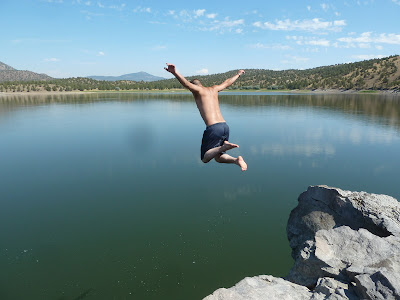 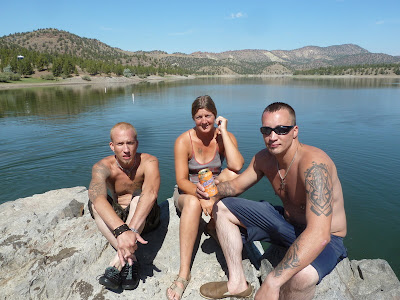 It was a good time.

Our next visitor was our friend, Ginny.  She rode her Harley over from Grants Pass, and stayed 3 nights in our guest room. 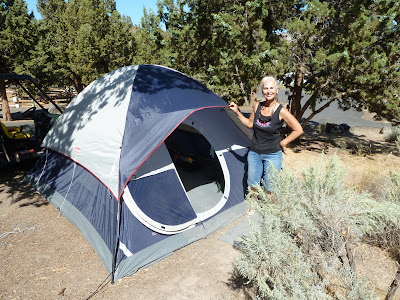 One of the days, we enjoyed a ride together, touring the surrounding area.

One of our stops was Smith Rock. 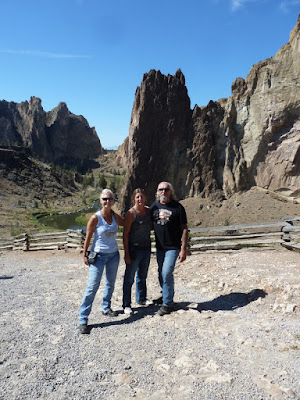 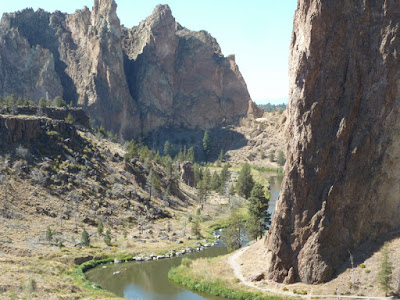 Another day, we enjoyed an afternoon on the lake in the Tahitis. 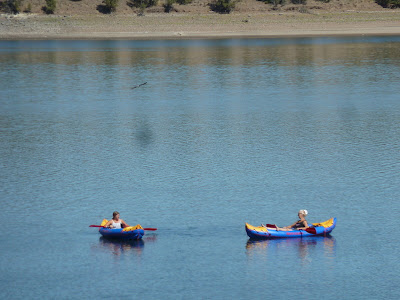 I have to stop there for tonight.  We're ready for bed and Im just too frustrated

trying to load pictures with a slow connection!