NEW FRIENDS!
Seasonal Ranger Ronnie, and her husband, Richard, invited Jeff and I, along with Jim and Jan, over to their house for Pizza, Drinks, and meeting new friends. 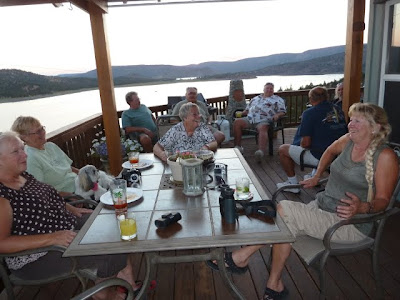 We met Ralph and Pat, and Larry and Jeanine.
All four of these couples meet up in Lake Havasu each winter.
Maybe we will join them this year! 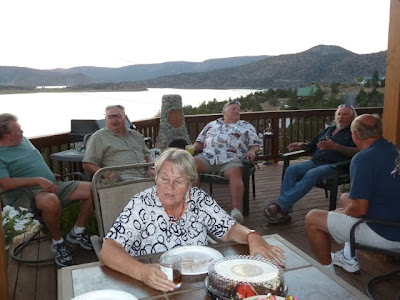 A couple days after Ginny left, Jeff's cousins came for a visit.  AND... Cousin Dave brought his boat!  What a treat!  We watch boaters come and go but we havent been able to go out on the lake. 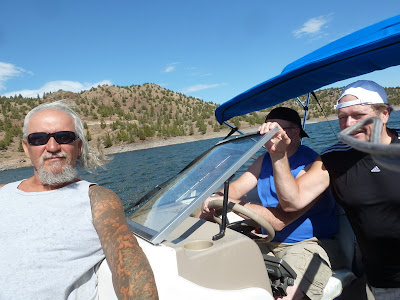 Some decided to take a swim break... but not me! 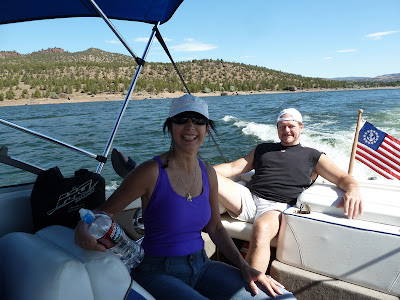 Then one more stop on the ride back... 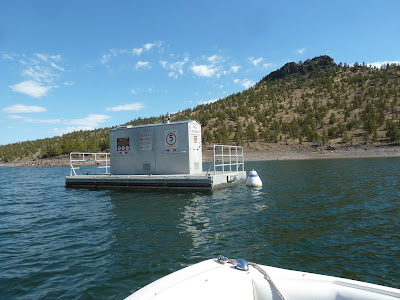 Floating Toilets... how cool is that!
and Jeff had the "privilege" of helping to clean and dump them,
a few days before.  There are 2 of these on the lake.

When we came in, we had another fun treat!
Our new friends, Larry and Jeannine, brought their Sea-Doo's to the lake
and we all got a chance to try them out! 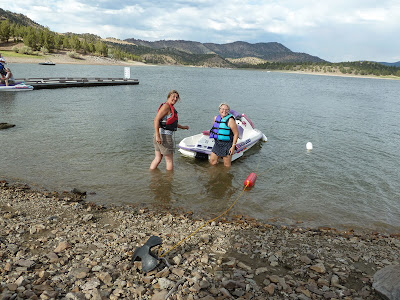 This was a first time for Jeff and I.
Infact... to ride a Jet-Ski or Sea-Doo was on our bucket list! 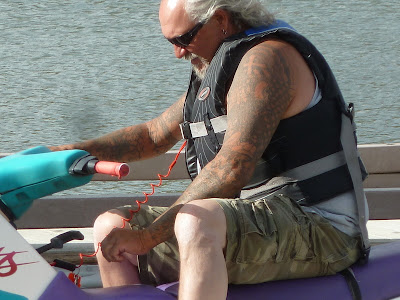 After all the lake fun, we enjoyed some time together at our camp, 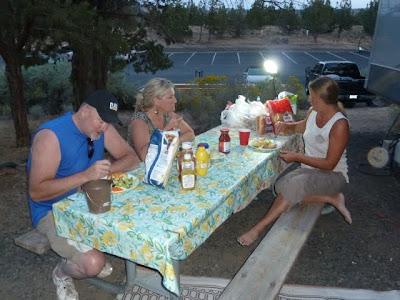 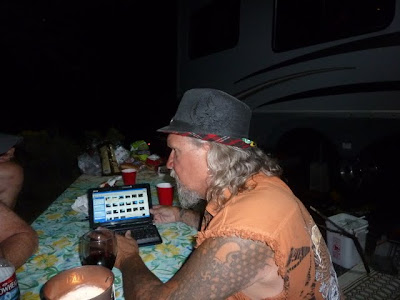 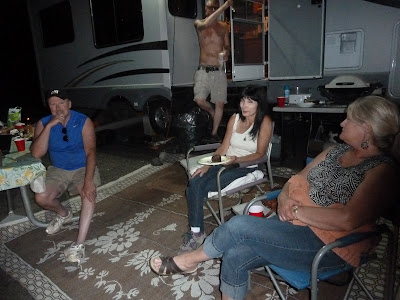 We thought we would play cards and dice games, but the pool and hot tub back at their motel
was sounding really inviting... so we let them go.

The next morning, Dave and Wendy took their boat and went home.  FINE!

But Chuck and Christine had a cabin rented at the main park,
and two friends were joining them.
Laurie and Cindy, mother and daughter, arrived mid-morning,
so we all enjoyed the day and evening together at the cabin. 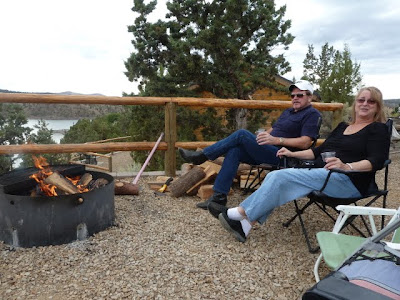 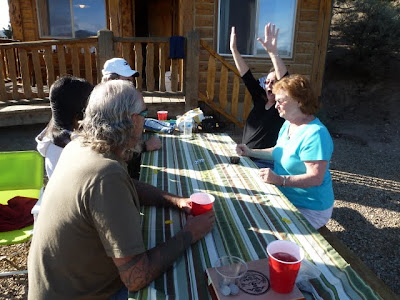 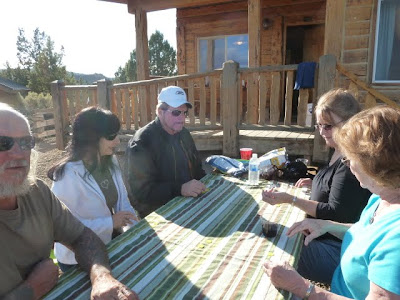 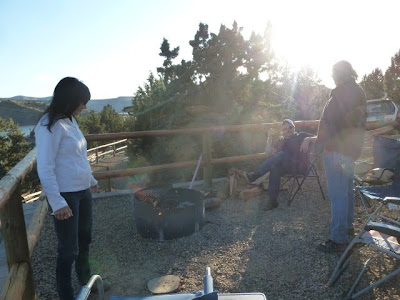 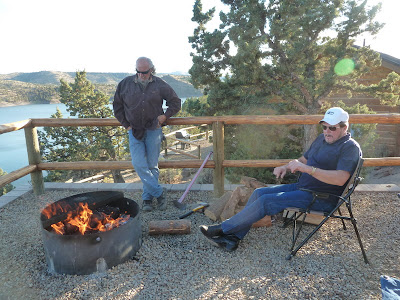 And that was it for our company since we've been here.  We enjoy all the get togethers with family and friends (old and new)... but we also savor our time alone.

Jeff continues to throw a line out in the water... but has yet to catch a fish.
He says its just a time of contemplation. 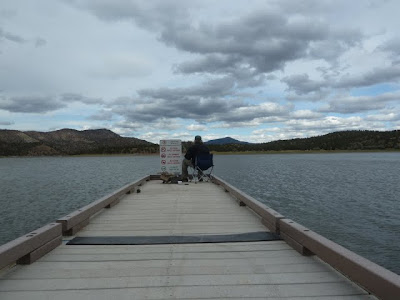 My Mom and Dad came through yesterday on their way to Canada
to visit my sister,
so we met in Prineville for breakfast. 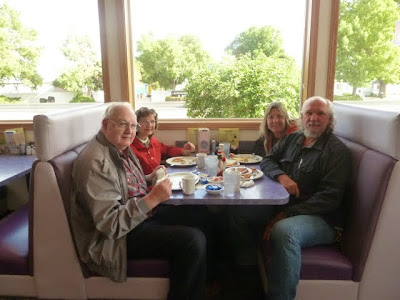 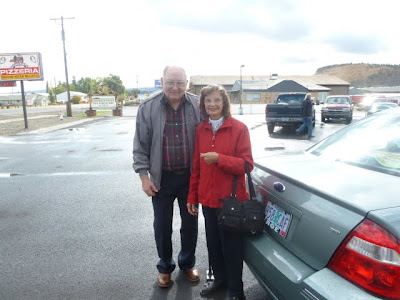