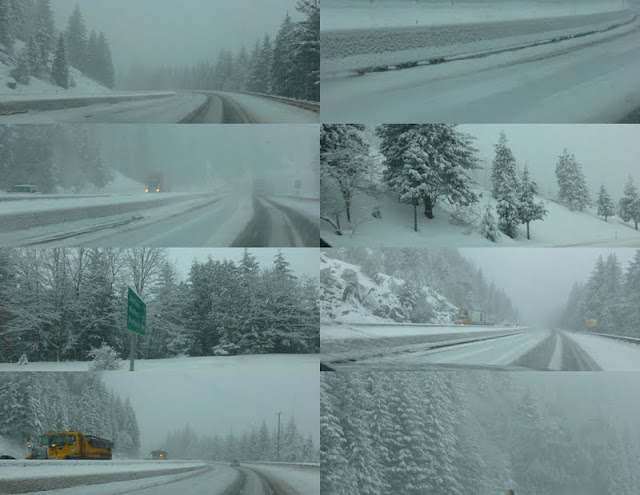 Over the mountains and through the Snow...
to Mom and Dads house we go...
We made it over the Siskiyou pass without incident, but not everyone was so lucky.  As we descended the Summit, there was a truck pulling a Couger fifth wheel that didnt make it.  The truck had gone off the road onto the bank and the trailer was partially tipped over.  I didnt get a picture of it because we were too busy going "Aaahh.... Oohh... Aaahh.."  I was sure the wife was saying "I told you we shouldn't try it today!"  or maybe not... but I think I may have been saying that.  But then, we probably wouldn't have tried it. 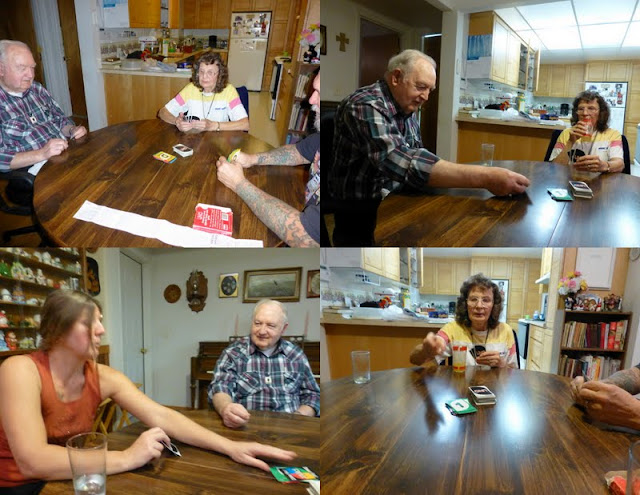 We nearly always play games when visiting my parents... and it is usually Skip-bo.  But Skip-bo was nowhere to be found... so we settled for Uno.  To play Uno, you match the number or color of the previous card.  Have you tried playing Uno with someone in their 80's?  ok... maybe thats not fair... it could be anyone with poor eyesight.  Matching the number is no problem... but matching the color is a different story.  Green or Blue??  "does this match?" "does this match?" It made for more laughter... and isnt that what games are for?  to laugh and have fun together... and that we did.

The new header photo is Mt. Shasta... near our current home of Redding, CA.
I took it this afternoon on our way back from our little get-away.  I took it with our NEW Camera.  That's where the first "Oh No" comes in.  We had to buy a new "lesser" camera today, because we broke our "better" camera yesterday.
We've tried to be so careful with our new camera (bought just 6 months ago).  We carefully passed it from Jeff's hands to mine, but the strap caught his finger, so as he pulled his hand away, the camera was pulled out of my hands and on to the pavement.  It broke!!  "OH NO!!"  How can an RVer do without a camera?? 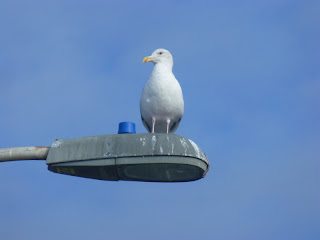 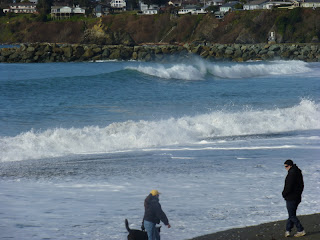 We were visiting the beach, in Brookings, Oregon... an unexpected get-away from our planned get-away.  We had gone to Medford, Oregon to stay a couple days with my parents.  But they had just come back from Brookings, and had left an important bag. (the bag with Skip-bo in it!)  So we offered to drive over and get it. 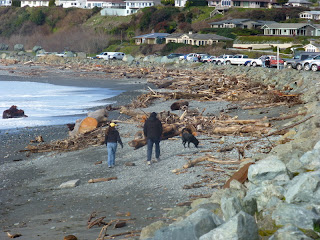 I needed an ocean fix, anyway.  I think they must have had a storm... look at all the driftwood covering the beach.  and the waves were huge for the Oregon coast. 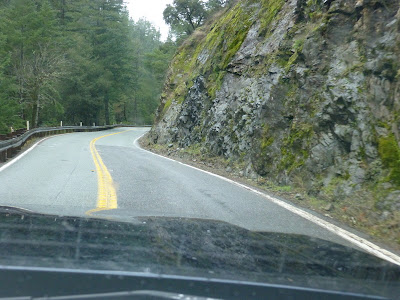 The drive from Southern Oregon to the Oregon Coast, via California, takes you along the Smith River on a very narrow road.                                                 Its a beautiful drive... but can you imagine pulling a 39 ft fifth wheel trailer through here?  People do it.  We do it!  The condition of the guard rail clearly shows that not everyone makes it without incident.
I would have taken pictures of the Smith River Canyon on the way back, but did I mention...
I didn't have a camera!!!
It didnt take long for me to decide I really had to get another camera.  I couldnt justify spending more than $100 though, since we had so quickly destroyed a more expensive camera.  We were in Oregon, one of only 4 States with no sales tax, so now was the time to get it.
We went to Costco, and I bought a Canon for $89 that was normally $149... so it seemed like a good deal.  I charged the battery and tried it out.  It was awful!!  It was slower than slow and the photos were grainy.
We packaged it up and took it back.  Thankfully they let me return it.  This time I bought another Panasonic, for just $10 more.  I had a Panasonic before, but a more expensive model.  Now we are very happy with our new "lesser" Panasonic.﻿
We came back home today... after a little shopping.  We stopped at Fred Meyer in Medford on our way out, and Jeff tried on some Levis.  We chose to leave the Levi's behind... but we also left something else behind.  It wasnt until we stopped in Yreka, California that we realized Jeff left his wallet in the fitting room!  This is the second "OH NO!"  I located the phone # for the store and called.  Thankfully... they had the wallet safely stored in their safe!  PTL!
Also Thankfully... my mom is there, so she is picking up the wallet and mailing it to us!!
Thank you MOM!
Winter travel can be very beautiful.  This is the drive home... 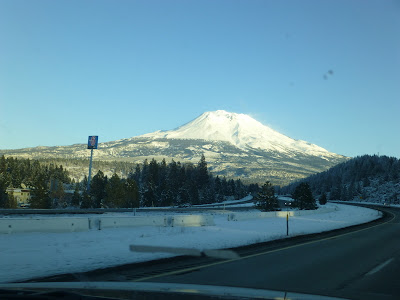 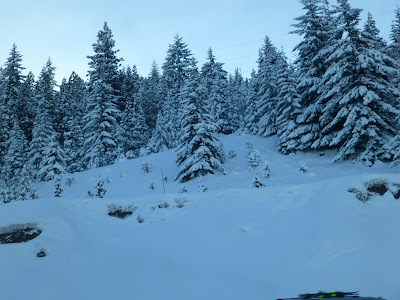 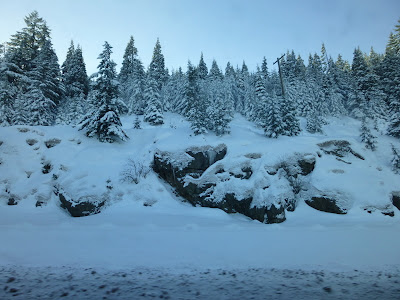 Now we are back home in Redding.  No snow here.  Infact, it is suppose to be nearing 70 degrees this week!  Riding weather.  We work Tuesday and Wednesday... then its play time in the Sunshine!
Hope our blogger friends are all well, and you are enjoying your Winter wherever it may be.
Posted by The Bright's at 12:53 PM