Back in Cave Creek, AZ

Its time to work on those suntans... and we started on that this afternoon.  A Sunny 90 degrees... we're liking it!

We arrived after sunset last night, and getting into our site was a bit challenging.  This site is angled so that the driver has to back up on his blind side... so this along with being tired, it being dark, and the swivelwheel trailer with the Harley... it got tense.
We finally stopped with the truck still in the road, offloaded the Harley, removed the swivelwheel trailer, THEN tried it again.  We got it... and we were comfortable but we waited until this morning unhook the truck.

All was well this morning... I opened the bedroom blind to see the best view we have seen from bed in a very long time.  No people, no buildings, nothing artificial... just mountains and ground covered with a variety of desert plants and cacti... Saguaro, Ocotillo, Prickly Pear, Barrel.  It was a beautiful start to the day. 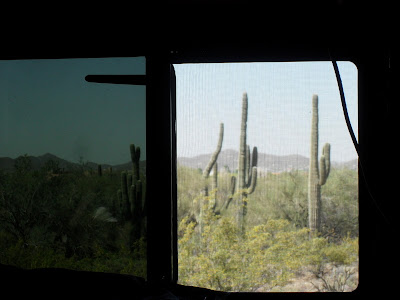 We're in the same site we were in when we were here last April.  What I hadn't remembered was that we can get television.  We are able to get over 40 digital channels just with the antenna.  This is good and bad.  We like having television... but we tend to go to bed earlier if we don't have it.  We seem to like to sleep... so the later we stay up, the later we sleep in the morning, so warm sunshine is wasting away.
We enjoyed our trip here... I would like to have had more days to get here... but we did it and still enjoyed it in the 4 days we allowed ourselves.  We stayed the first night at Sparks Marina RV park... a good park for a good price.  The second night we stayed in the RV Truck parking lot beside Banc Club in Tonopah, NV.  We stayed there before, and although it was busier this time, there was space for us, it was quiet and enjoyable.  By the time we got up... there was only one other rig in the lot. 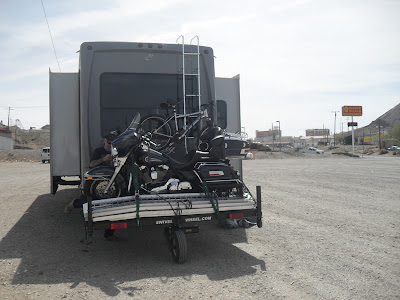 Jeff checked on the Harley and Swivelwheel, and found that we had a broken strap! 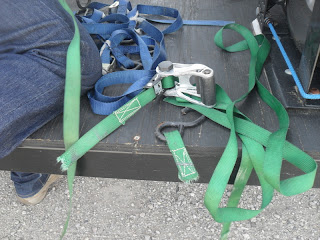 ﻿
So on the list to buy is heavy-heavy-heavier ratchet straps.  Especially after the next day, when  ANOTHER strap broke!

The third night we were hoping to make it to Boulder City... and we could have, but it was getting dark and we were approaching the center of Vegas where we would merge onto the 215, then exit onto the 515... and all that seemed too stressful to do in the dark.  On my map and the internet I found Oasis Las Vegas Resort which we would be going right by before we got much further into Vegas.

Just 10 minutes away, I called to see if they had a site that would accommodate our 62 feet... and they did, but it would require their "big rig" site.  Next question, "how much?" She told me how much... "WHAT? HOW MUCH??" then we lost signal.  So I called back.  Yep... I heard right.  $70.56 Wow... sure glad I have that AAA discount.  I told her I would tell my husband and let him freak out too then we would either be there or we wouldn't.  At first Jeff said NO WAY! but we decided we could find some way to justify it... we needed to stop for the day. 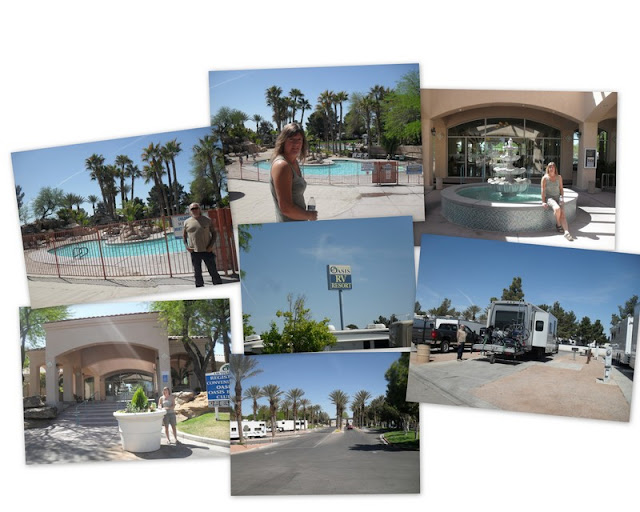 Until this night, the highest crazy amount we have paid was $65!  That was our very first night out in our new fifth wheel.  We took it from Elkhart, Indiana to Milwaukee, Wisconsin where we wanted to visit the Harley factory and museum.  The only place we could find was the fairgrounds... AND the fair was going on!  So we paid $65 to park on pavement in a lot backed up to the roller coaster! 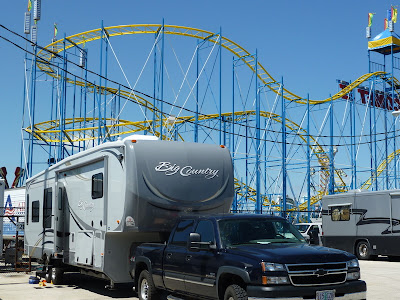 So I have to admit... this resort was a lot nicer than the last ridiculously expensive stay, but give me a break!  I am parking my own home!  they don't have to make my bed or vacuum the floor or clean my shower.  And get this!  When I checked in, she asked if I wanted Wifi... it was EXTRA!!
So Did That... Wont Do it Again.

Sunday morning we pulled out of this fine resort and made our way through Vegas, around Hoover Dam, and into Arizona.  We stopped to relax and enjoy ourselves a few times, so we didn't arrive at our destination until dark... but I guess that's where I started this post.  Here we are... set up at Cave Creek Regional Park. 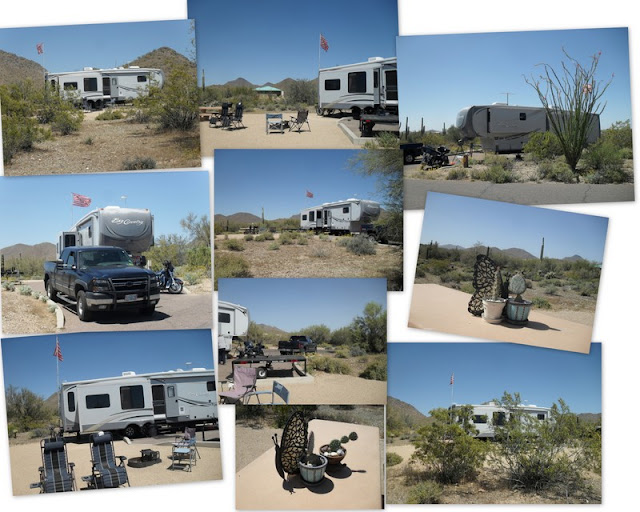 Now its Tuesday evening, and we have very much enjoyed our first 2 days here.
Yesterday evening we went to our friends house.  We met Harry & Drina while hosting together at Carl Washburne SP in Oregon.  They are RVers but only part-time.  They have a beautiful home here in New River, Arizona. 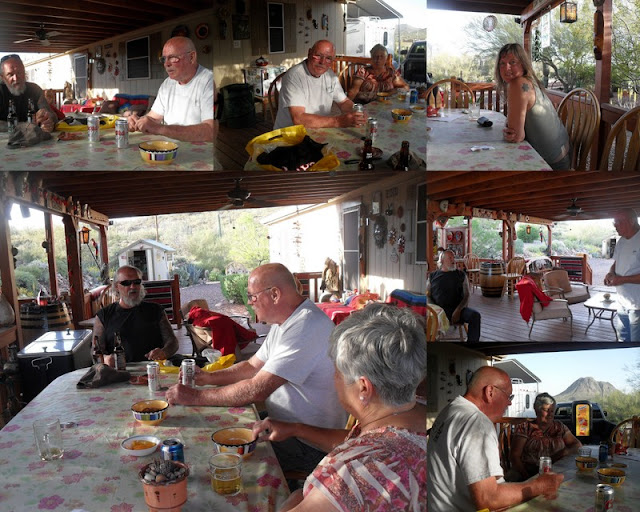 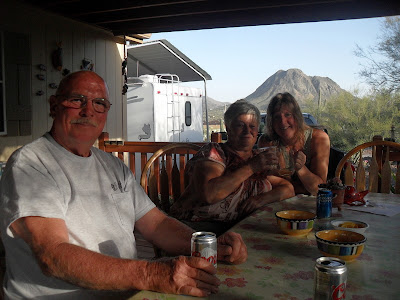 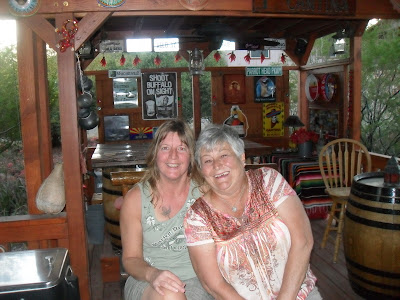 We plan to see a lot of each other while we're here.
﻿


Today we just enjoyed our site and the park, and rode the Harley to Wal-Mart to get a few things (like those heavy heavy duty tie down straps). It was a bit windy today and forecast is wind tomorrow, but hopefully that's it for wind.  I don't like wind.  We have lots of local Harley trips planned, sites to see, hikes to do.

Thanks for checking on us... and if you have time, will you leave us a note?