Here is a brief highlight of our second week here at Dead Horse Ranch SP...

﻿
It's a four hour train ride through Verde Canyon.  We rode Coach, because we planned on spending most of our time on the outdoor car.  But it seemed everyone in our car decided to ride outside... so it was a bit crowded.  Still enjoyable, but if we went first class there wouldn't have been so many people.  It rained for a few minutes and got a lot cooler so I was glad for the denim shirt I brought along.  ﻿

Snakes...
Look at the size of this thing!  One day as we were getting ready to leave, Jeff was backing out the Harley, and he saw this critter slithering right toward me.  He yelled "RUN!"  My thought?  WHICH WAY??  He later realized he should have been more specific, but I chose the right way.  This one wasn't a rattler anyway, it was a bull snake so I wasn't in any harm. 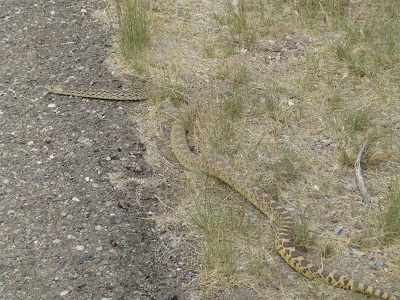 Later the same day, Jeff saw a very long, thin, solid reddish snake.  Don't know what that one was.

Bicycling...
As is the case with most State Parks, there are many trails and paths, for walking or biking.  We did a lot of biking this past week.  My favorite ride was the path around the lagoons.
We found another trail that ran along the river that we tried for a short distance but not a good idea for bicycles... very narrow with overgrown foliage and a steep drop-off into the river. 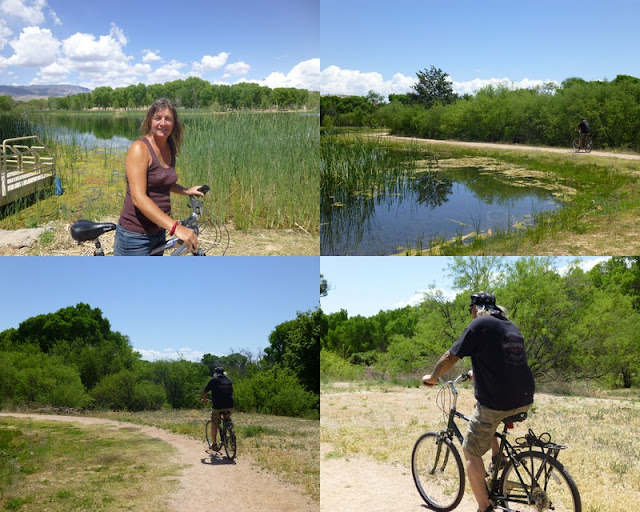 Interesting... but I would have enjoyed it a lot more if we could have climbed up and gone inside! 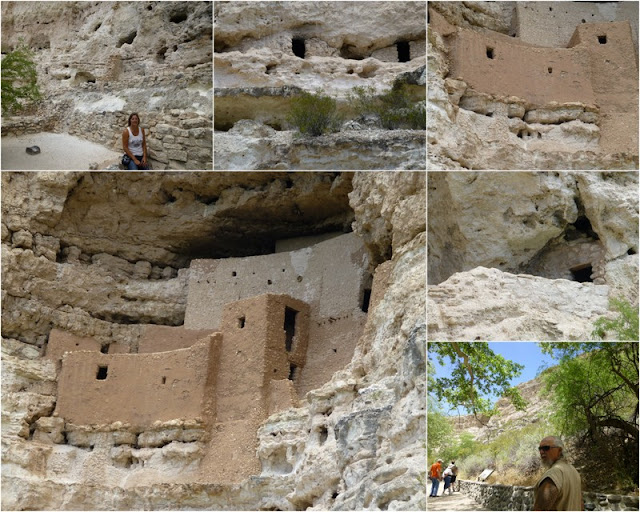 That's about it!  Not feeling very wordy or creative I guess.

Now we are on our way to Williams, AZ where we will stay 4 nights before making our way to Moab.  We're looking forward to another visit to the Grand Canyon.

Email ThisBlogThis!Share to TwitterShare to FacebookShare to Pinterest
Labels: Arizona-Cottonwood