We moved on from Sandusky on Sunday... but we stayed on Lake Erie.
We traveled 120 miles East to Geneva-on-the-Lake... still in Ohio.
We drove through Cleveland, past the Home of the Cleveland Browns... that in a few hours would be packed with fans for their first NFL game of the Season.  Cleveland Browns vs Miami Dolphins. 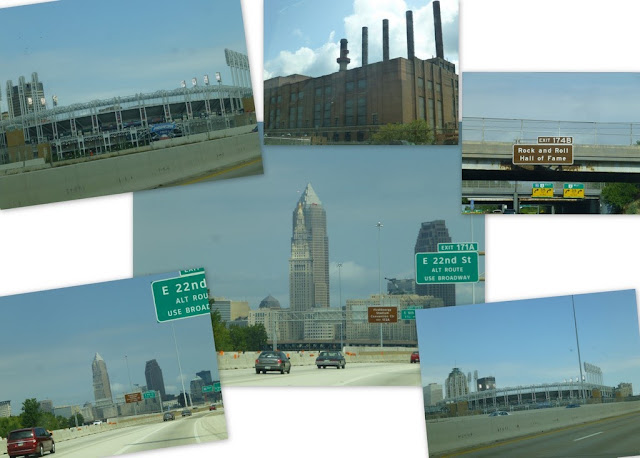 We followed the directions to the Indian Creek Resort,
but were surprised to find ourselves in the middle of "The Strip" packed with motorcycles.
It was like a mini-Sturgis.
Apparently is was their annual "Thunder on the Strip" rally. 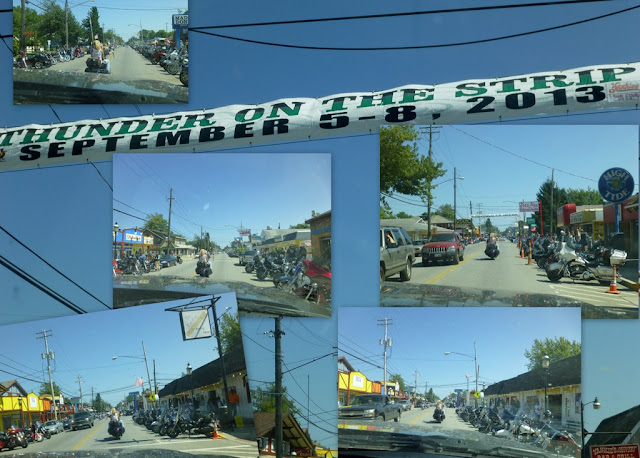 It was a little stressful trying to get through these tight packed streets with a fifth-wheel.
Then we missed the park entrance because it wasn't well marked.
But once there... what a great site we had. 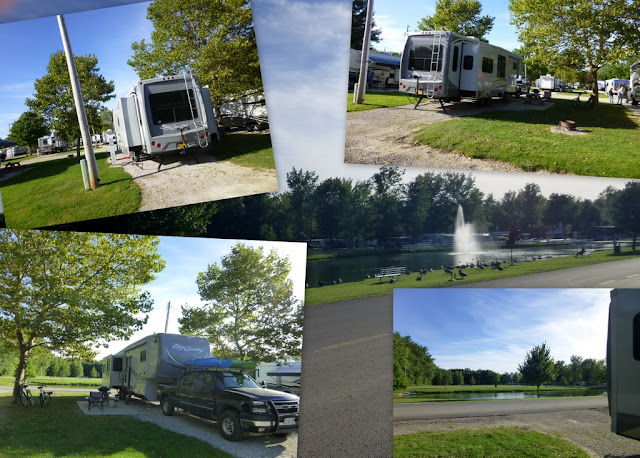 A beautiful pond out our back window...
and ducks to feed.
This Swan took off after Jeff... maybe because she wanted all the food.
but that was before I grabbed the camera. Bring food... and they will come. 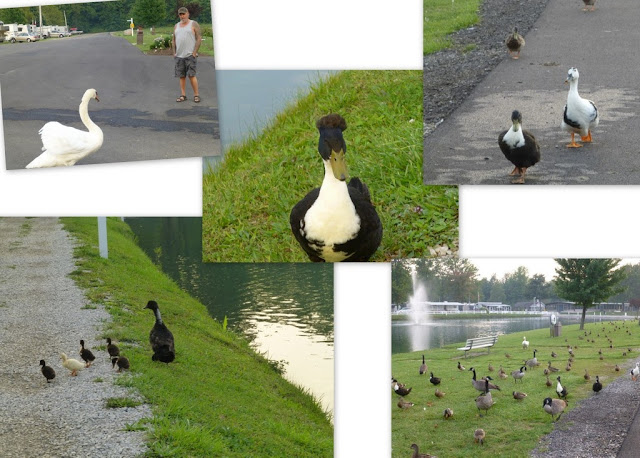 We had planned to stay just one night, and we were able to stay hooked up.
But our site was so nice, and because of the rally, we hadn't seen the "town"...
so we decided to stay a second night so we could ride the bikes into "the strip" and check things out.
The bicycle ride was enjoyable, and Lake Erie looked better than it had in Sandusky. 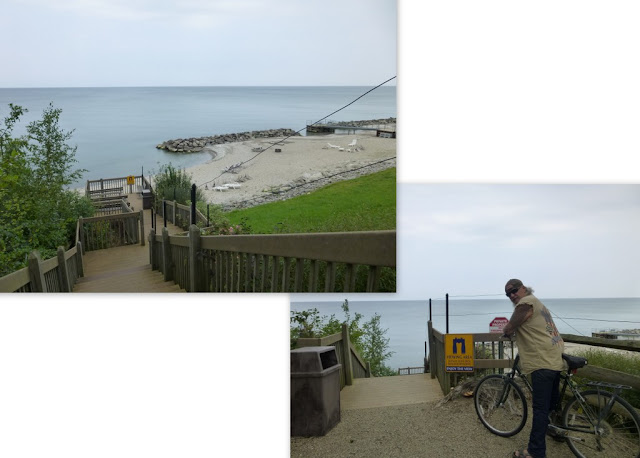 But here is what we found on The Strip...
﻿
CLOSED FOR THE SEASON!
a big change from Sept 8th to Sept 9th! 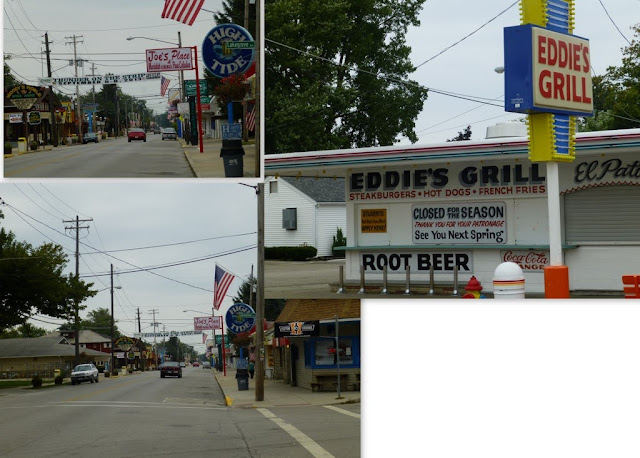 It seems the whole area closed for the season.
Even the pool and hot tub at the resort were closed for the season!
Despite there not being much to do... we were happy with our short stay.
Shortly after we arrived, a couple moved in next to us and it seemed we had a lot in common. 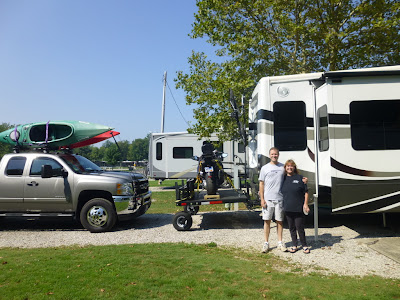 a younger couple... with kayaks, bicycles, and a Swivelwheel trailer with a motorcycle!
because of their South Dakota plates... I asked if they were full-timers.
Their answer?
"Yes... as of this morning!"
Wow!  How exciting!  Day 1 full-timers! 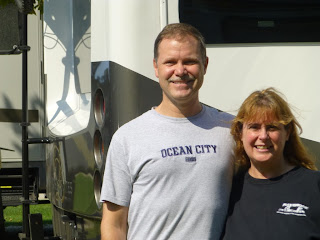 Welcome Cliff and Patty to life as full-time RVers!
They had just sold their house in upstate New York, and this was their first stop.  They didn't even know where they were going from there.  That's even more exciting!
Patty is starting up a travel blog, so when she does I will announce it! 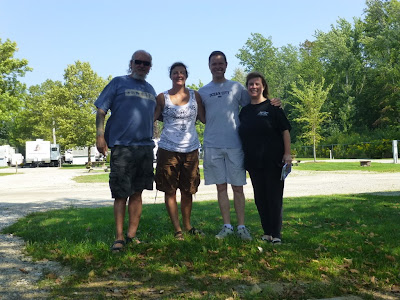 We said our good-bye's to our new fellow RVers, and got back on the road headed East.
We were headed for Niagara Falls, but we decided to stop in Erie, PA for a night.
One night has turned into two, but we will leave in the morning
for another short jaunt, into New York.
Next Post... fun activities in Erie, PA!