Happy Anniversary to us! 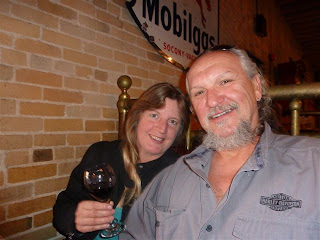 We never did make it out anywhere yesterday, so we thought we had better get out today.  It was our anniversary, so we started the afternoon (yes, we got up late again) by treating ourselves to an early dinner at the Spaghetti Warehouse.  We both had their 15 layer lasagne, salad with blue cheese, and shared a bottle of their most expensive wine.  Fortunately, we were only at the Spaghetti Warehouse... so the most expensive wine didn't break us. 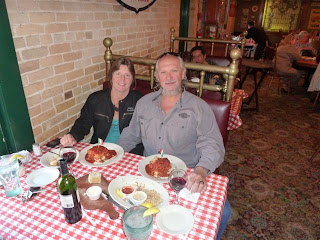 The Spaghetti Warehouse is only blocks away from the Alamo, so we left the truck there and walked to the Alamo. 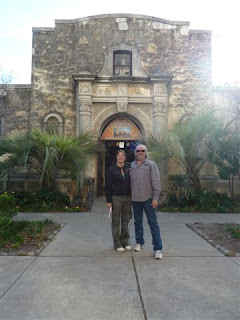 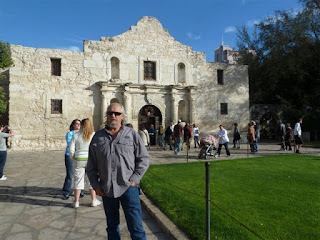 After a short visit to the Alamo, we found our way to the RiverWalk.  We didnt take the boat trip today... we hope to take the extended boat trip tomorrow. 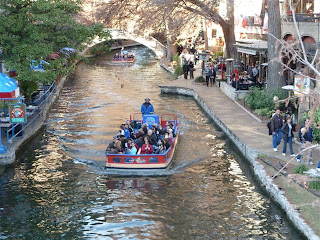 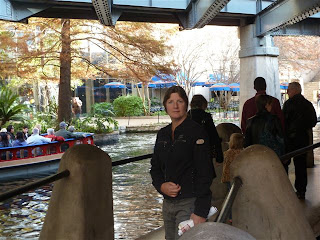 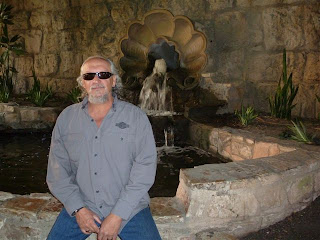 Neither of us seem to do well with crowds of people, so the walk wasn't long... we chose some steps up to return to street level. 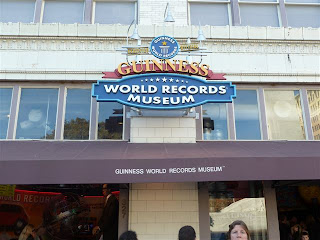 Next on this street was some sort of museum "most haunting" or something like that.  I only know because I looked back after what happened next.﻿  We were simply walking down the sidewalk trying to figure out how to get back to our truck.  I was focused on the street sign ahead, and had just noticed that it was the street we were looking for.  Jeff tapped me on the arm and pointed to beside me, so I looked of course, thinking someone was trying to get by.  Instead, I looked to see a hunchback freaky spooky guy looking up at me.  I instantly let out a scream, like I didnt know I could, and grabbed Jeff's arm.  Every one on the street was amused... and both Jeff and I were amused as well.  AFTER my heart starting beating again... we found our way back to the truck. 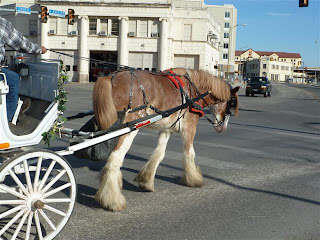 Pastor John Hagee is a preacher who Jeff has listened to on television for many years, and Cornerstone Church, where he pastors, is here in San Antonio.  So after leaving the downtown area, we found the church... in time for the evening service. 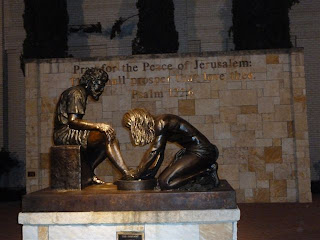 And there you have it... our day.  We missed our turn and took a wrong turn somehow coming home and found ourselves heading North to El Paso, but we chose a detour route, and found our way home.  The freeways and highways surrounding this city are crazy... why can't they make anything clear?  why must every road have 3 names?  How the heck are you suppose to know where you are at if the same road is I-35 and I-10 and Hwy 281?  And if you know you want to go South, but the freeway you must take is only East or West... how are you suppose to know which one to take??  Why does I-10 W actually go North??  AAaagghh!!!
Posted by The Bright's at 10:12 PM