We seem to be sleeping in later and later... instead of getting more rested, we're feeling more tired... hmmm.
We had thought we would spend yesterday at the downtown attractions, but neither of us felt like it (again), so we settled on a little outing to the Alamo City Harley Davidson, and Texas RV Supply (but it was closed). 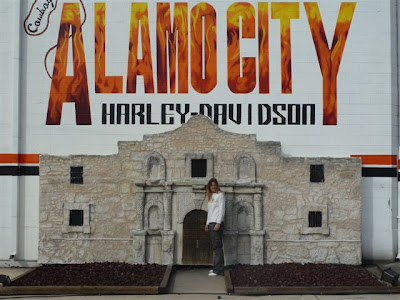 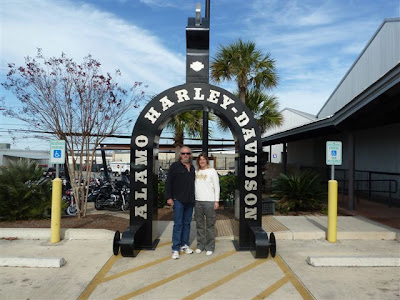 We didnt eat any breakfast, thinking we would want to have lunch while we were out... but the only thought that excited us, was going back home and grilling up some lunch.  So we did and it was very enjoyable. 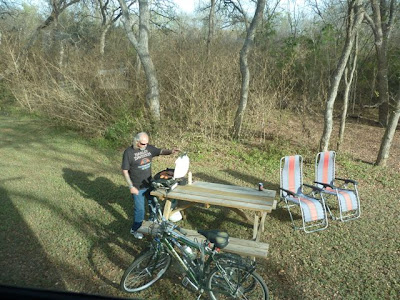 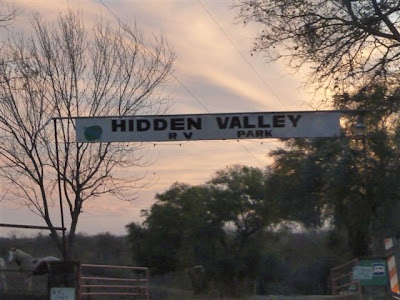 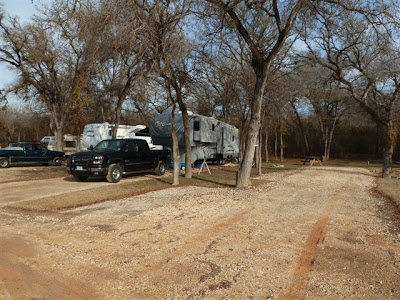 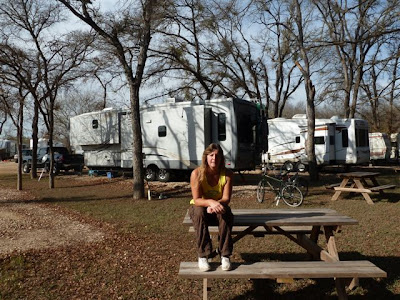 Last night, a couple who have lived here for 3 years, were out at the big fire pit at "bonfire cove" which they created.  Being New Years Eve, we thought perhaps we should get out and be a bit sociable, so we went out and joined them.  It turns out we share some same interests, like being a rock hound and treasure hunting for gold and meteorites... so we enjoyed sharing stories. 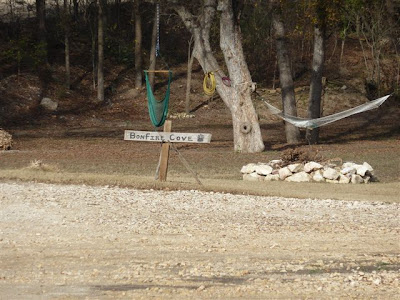 We have been invited to the home of the park owners today for finger foods and football.  We plan to go, although it is afternooon, and we haven't moved too much.
Obviously, we will need to extend our stay here if we are going to do any of the things we wanted to do.
Posted by The Bright's at 9:55 AM