a VISIT to SALVATION MOUNTAIN and SLAB CITY

After lazing around the wheel house all weekend, we finally got out to do some sight seeing.

Jeff came down with a stomach flu, early on Saturday, and I didn't feel well either... so we settled for watching football all weekend.  We were plugged into our generator because of the electrical problem at our site, but no problem... we didn't know the difference.  Aren't generators the best?

Todays outing was a drive up and around to the East side of the Salton Sea, in search of Slab City and Salvation Mountain.  We knew it was near Niland, but that's all we knew.  These aren't places listed on a map, and there aren't any signs.  We did a 15 mile loop before deciding to stop and ask... and no, it wasn't Jeff refusing to stop and ask someone for directions.  We asked the right person (we think he probably lived out there) and he set us in the right direction. 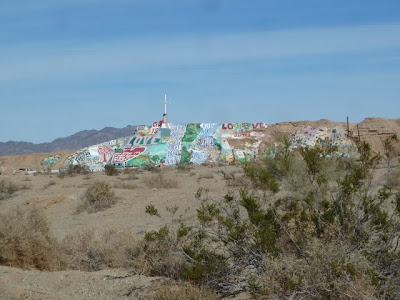 Salvation Mountain was great!  Leonard spent years building and painting this mountain.  I had thought that it was big rocks he had painted... but it looks like it is mostly hay bales, dirt and straw.  Its like walking into a fantasy land... like Alice in Wonderland. 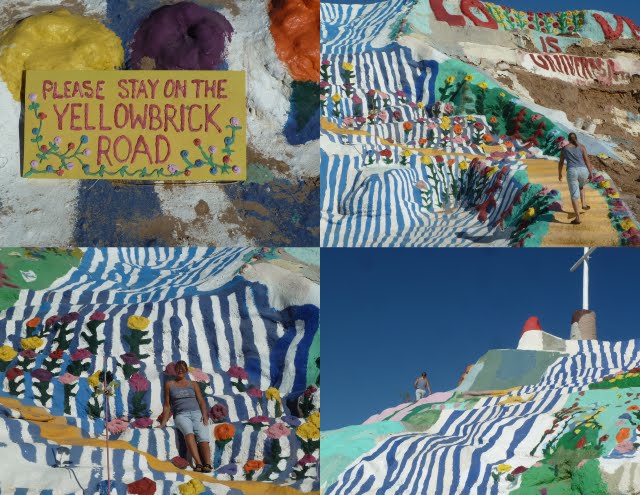 This was inside the "cave", made mostly of trees and branches and dirt and straw, all painted. 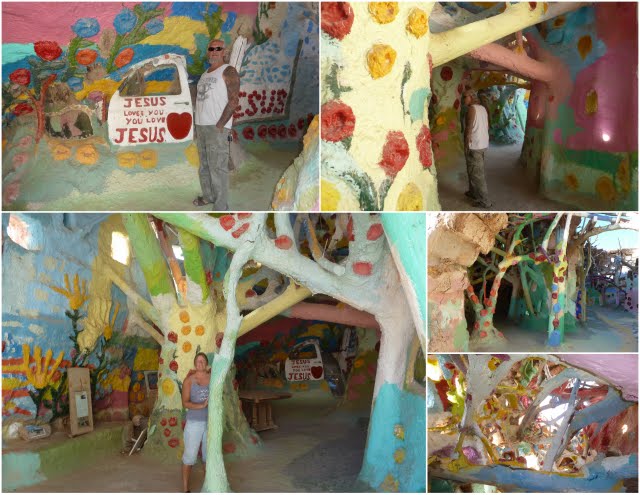 This place definitely looked familiar from the pictures I've seen, but it was more than I expected.  I thought it was amazingly fun... especially the cave.
What a great fort... as a kid, I would have wanted to move in! 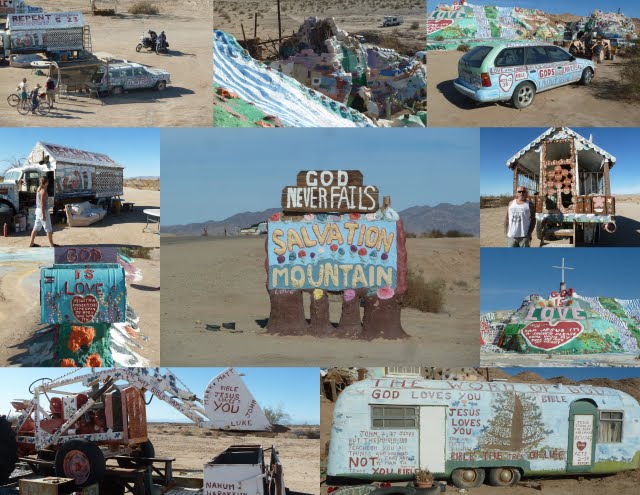 From there, we drove on down the dirt road into Slab City.  I had seen a few photos taken from here, but it was different than I had pictured.  I didnt realize it was so spread out.  There are streets and alleyways all over.   There were residences that were very clearly settled in... they had built fences with sticks or bamboo or even mattress springs to establish their private yards. 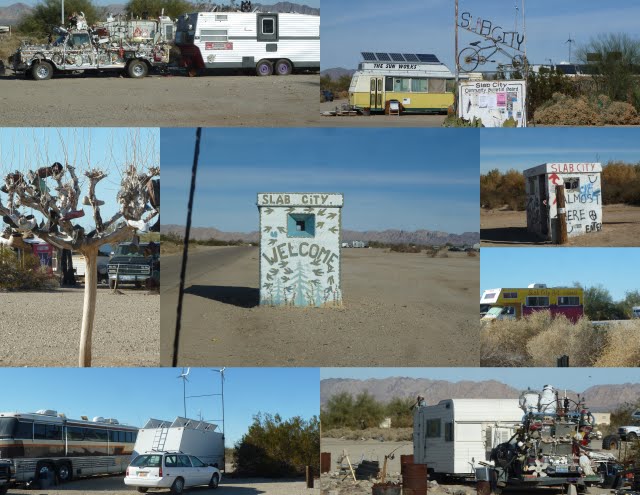 There were all kinds who occupied the "city".  There were those who clearly were there to stay, whether by choice or circumstance.  Then there were those who looked more like they were just passing through... like they may have stayed in an upscale RV resort last week or going there next.  But old or new rig... there were a lot of solar panels... something we don't know alot about, and don't expect we will ever get. 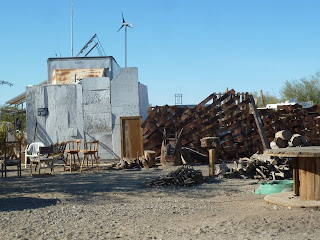 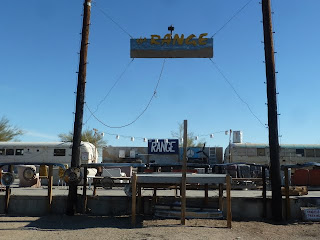 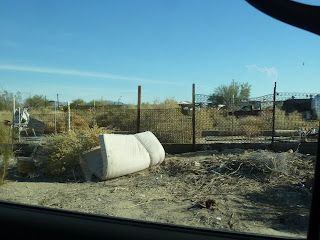 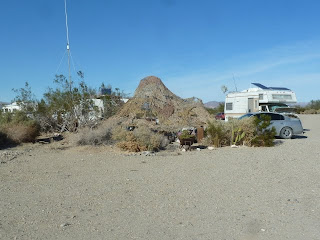 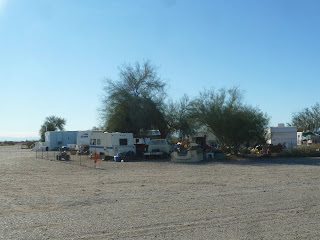 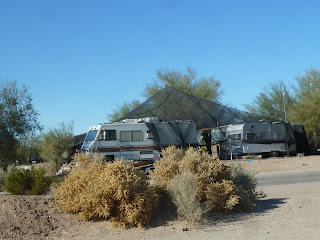 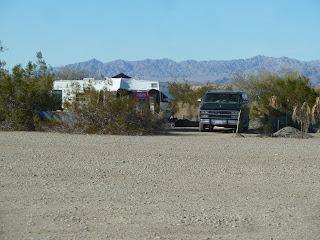