I attempted another way of  posting.  I tried to write about each day, each day.  It didn't quite happen that way, but here goes...

From Maine into New Hampshire, from toll booth to toll booth, we at last arrived in Massachusetts. 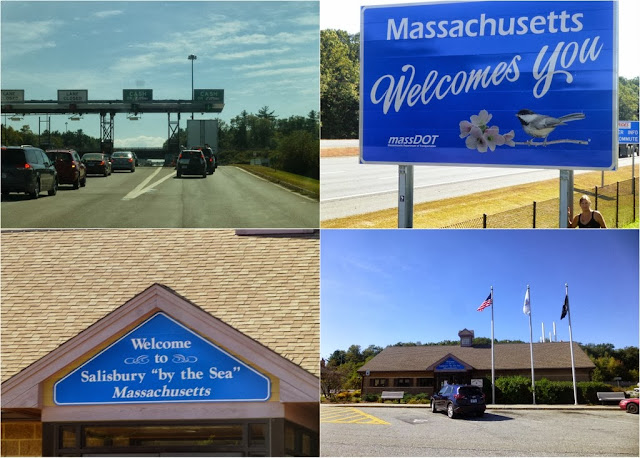 We couldn't wait long after setting up, before we took the bicycles,
and checked out the parks and beaches.

What an Incredible Day!

Jeff said he heard the Ocean during the night... but I guess I slept good.  I didn't hear anything.  But the waves sure were big this morning when I went for a walk.


We're at Salisbury Beach SP in Massachusetts, on the border of New Hampshire.
The Merrimack River joins the Atlantic here at the park, so we can enjoy both!

We put the Kayaks in early this afternoon on the West end of the park, and paddled out toward the Atlantic.  The water got real rough, and we realized the tide was going out... so we headed back (which took awhile). 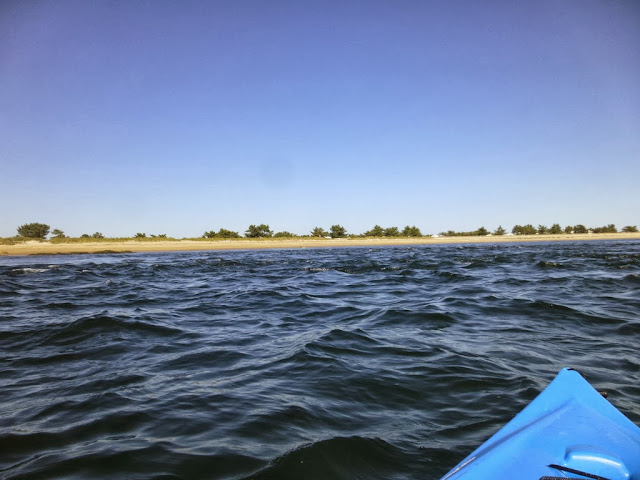 See my friend?
It was great Kayaking with the Seals... there were about 20 of them.
They were curious, but camera shy it seemed.
Usually when I pointed the camera they would duck under the water. 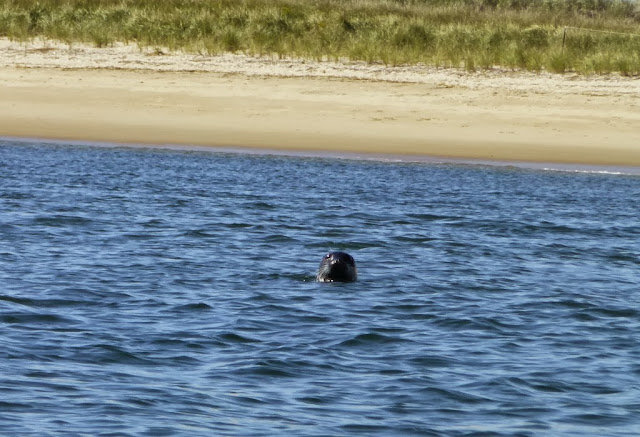 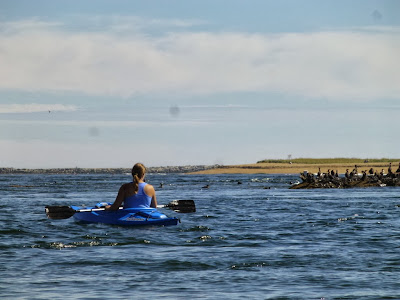 Here is when we KNEW the Tide had gone out!
Photo on the left is us getting in ON the pavement.
Photo on right is the VIEW of the boat ramp when we got back.
We stepped out and our feet sunk 6 inches in that gook;  shoes got stuck, almost fell over... hilarious!
﻿ 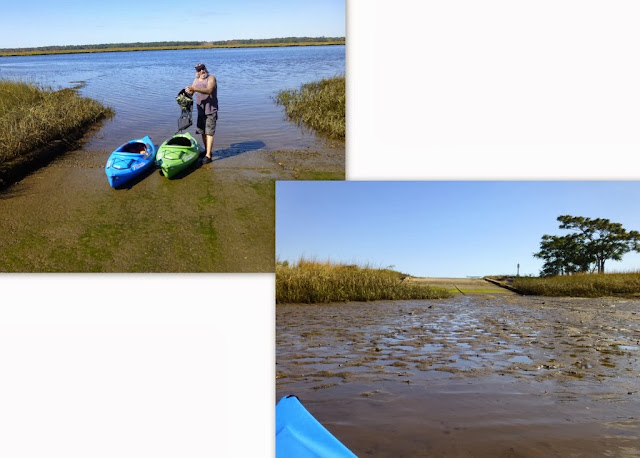 We had started the day with a short bicycle ride... and after the kayaking, we considered a ride into the little beach town of Salisbury Beach.  But we opted for taking the truck North, via the beach road, to Portsmouth, NH.

We came upon Hampton Beach along the way... and it just looked too fun not to stop. 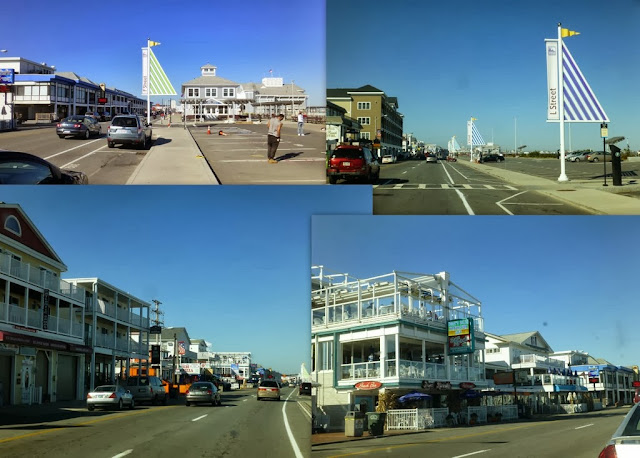 So we stopped... and I figured out how to pay for the parking!  (unlike Galveston, TX where we didn't have a clue and got a parking ticket) 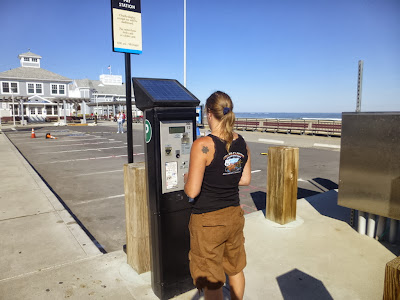 Then we wandered the shops, and found a place for a beer with a view...
where we met and chatted with a couple from Quebec. 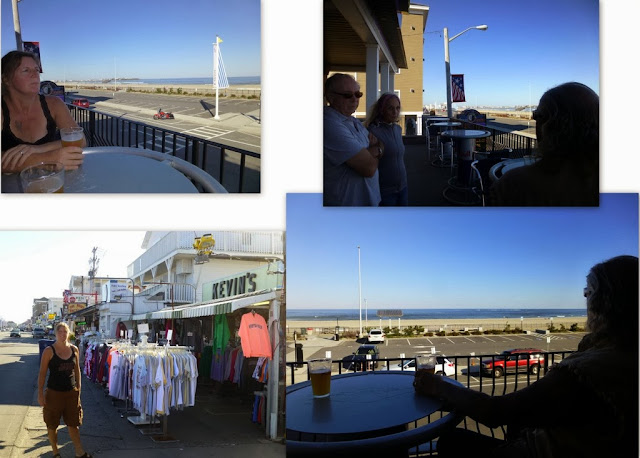 Then it was on to Portsmouth, NH.
We had a few things to get... and New Hampshire has no Sales Tax!
Finally, another State without Sales Tax... there aren't many of us, but we are from one of them.
﻿ 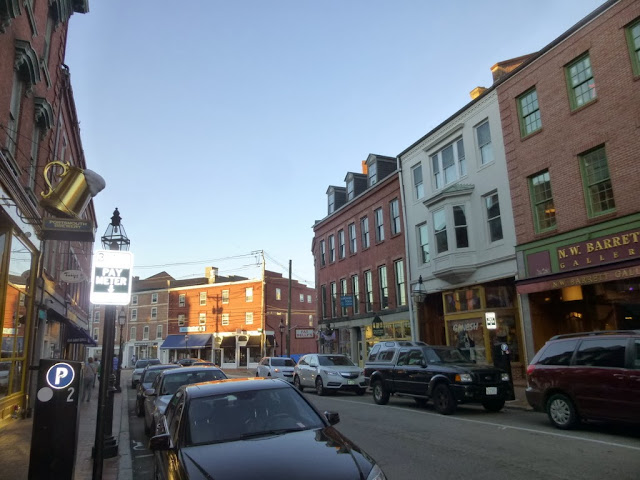 After shopping, we found the Portsmouth Brewery, where we had a beer and an early dinner. 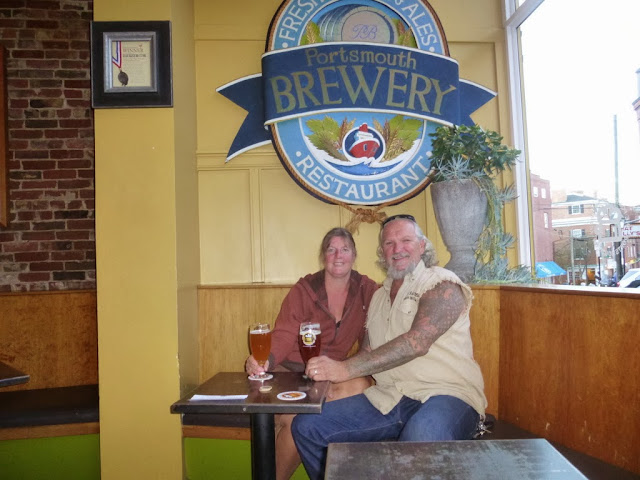 
Indian Summer
Shouldn't these people be at work?  I think a lot of locals must have taken a vacation day!
At 11:00 this morning... this was the beach! 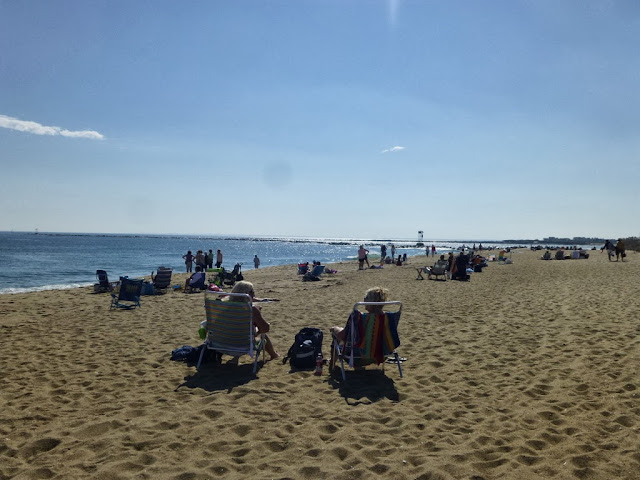 We enjoyed the beach... but for less than an hour, because of the crowd... 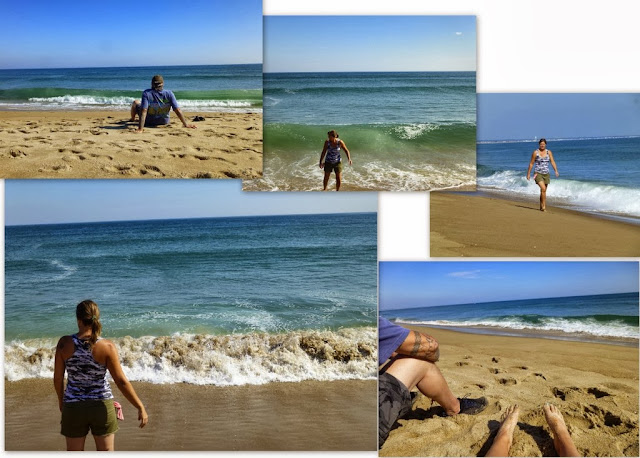 ...then rode the bicycles over to the boat dock.
OOPS!
What was this guy thinking??
I don't sail... but shouldn't you bring the sails down before docking? 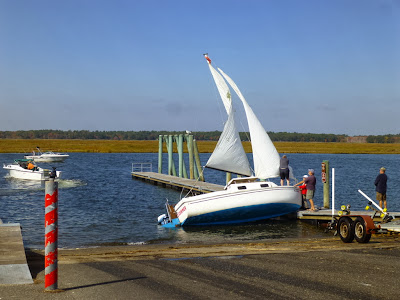 We had a good day... riding the bicycles, and doing projects at our site.

We rode our bicycles into Salisbury Beach, and checked it out.  Such a beautiful day for anything! 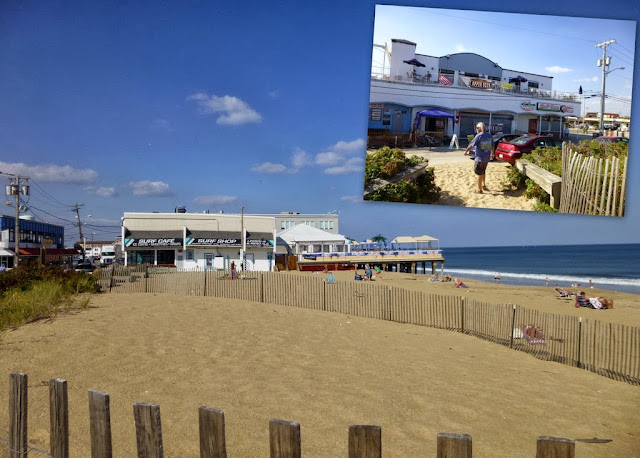 Then we rode our bicycles down to "our" beach... where we met a man with a young fawn pug (which caught my attention, and started conversation) and a couple visiting from nearby.  We enjoyed conversation... but most importantly, they set us straight... "it's not Bar Harbor, it's Bah Haabba"  Not sure how to spell that pronunciation, but they don't seem to use "er" around here.  We've only recently found that Eastern accent... I had been surprised that it wasn't in upstate New York or Maine.

We ended the day at the All American Tavern, where we were told they have wonderful food... and they were right!  We both had the best meal we have had in a while.  I had a Teriyaki glazed Salmon with Broccoli Rice Pilaf, and Jeff had Shrimp Broccoli Alfredo.

We're on I-95 headed toward Boston.  THIS IS DEFINITELY A DRIVING DAY FOR VALIUM!!  I didn't take one... but should have... and I'm thinking Jeff could use one too!  These people are  CRAZY!!  We've seen and almost been in a few close-calls.  We will be more than happy to safely reach our destination for the night, a little South of Boston.


Friday, October 4th
I'm just now finishing up this post.  We did make it safely to our destination.  We met up with our friends, and we made a trip into Boston.  I will post about Boston next!
Posted by The Bright's at 7:22 PM