Tuesday October 22
We weren't sure how our stay would be, when we first arrived at Hardeeville RV Park.  We found it with no problem.  We pulled in and parked in front of the office as the sign instructed.  I went inside the office to pay our money and get our site... but found the office door locked.  There were no notes posted that they "would be right back". So I called the phone #, but I'm the only one that heard it ringing on the other side of the sliding glass door.  On the paperwork in the lobby, I found a cell # so I called it and got voicemail.  I called again and again and left messages.  I walked all around the park.  Nobody.  We were there for an hour, before the owner drove up and so innocently asked "wanting to check in?"  DUH!

Not sure how it would go from there, I just paid for 2 nights.  But we set up in a comfortable site with 50 amp, plenty of space, cable TV and WiFi.  So our 2 nights ended up being 5 nights (one night at a time). 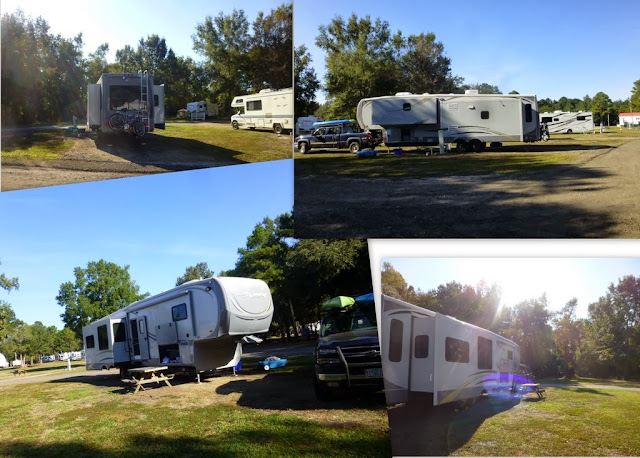 Hardeeville RV Park is in South Carolina, but only a few miles North of Savannah, Georgia.  So all our time away from the park was spent in Georgia.


Fort Pulaski National Monument
We had never heard of Fort Pulaski, but Jeff especially enjoys anything historical, AND it was a chance to take advantage of our annual national park pass. 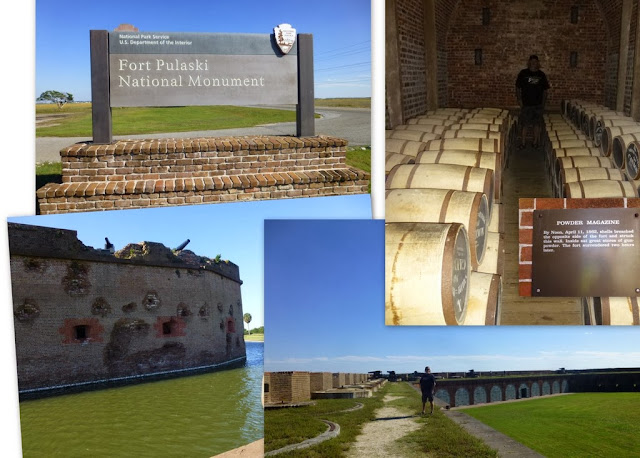 It was very interesting... but I am SO not a historian or a teacher.
So I will give you a couple links here... 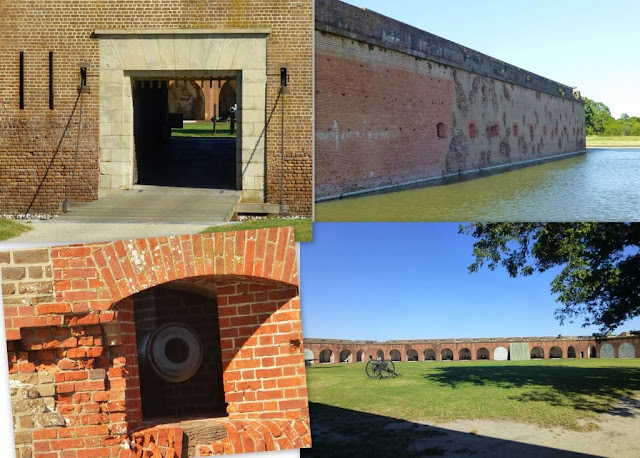 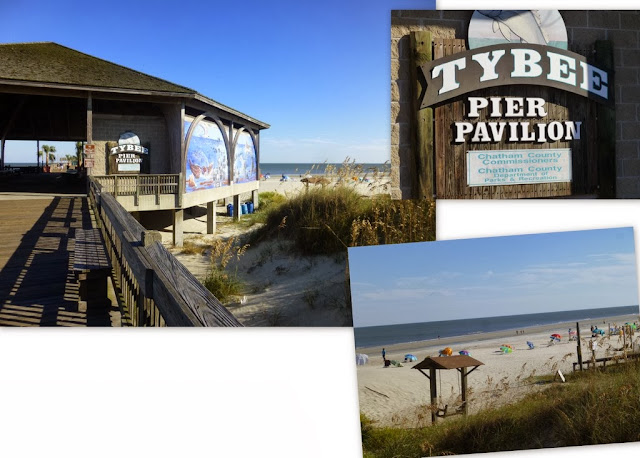 We were told by a blog follower to visit Tybee Island... that it was stuck back in the 60s.  Sounded interesting.  But what we got was a surprise.

There were police and security all over the beach street.  We soon realized they were filming.  Paramount Pictures was there filming a new movie "Sponge Bob Square Pants 2" 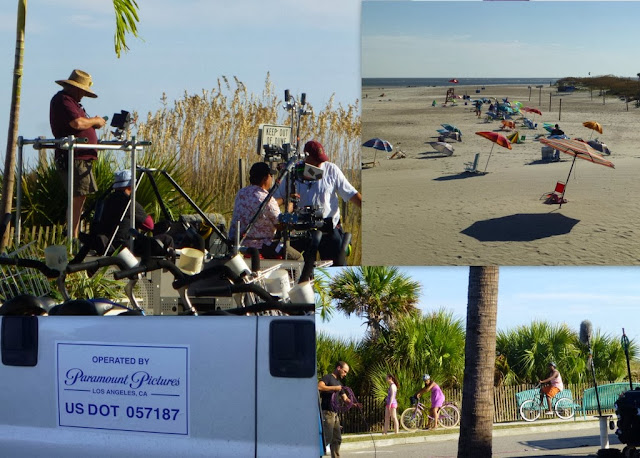 That explains the bicycle pedaling around with no one on it.  Sponge Bob will be on it later.  And the empty umbrellas on the beach.  They must be awaiting Sponge Bob's friends to come in later. 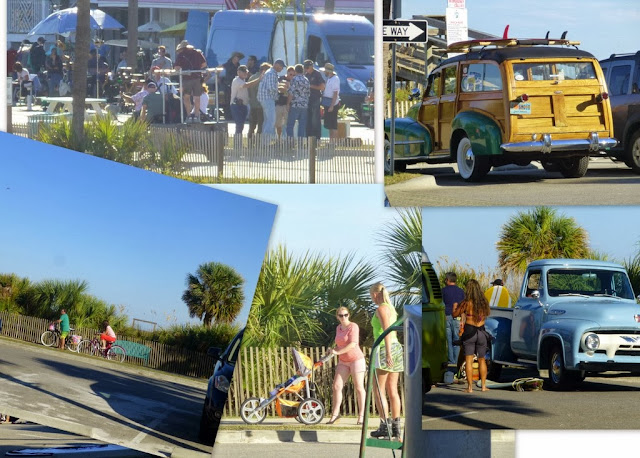 We haven't seen Sponge Bob ONE... but we will most likely see TWO when it comes out,
just because we were there.
Southbound Brewing
I find Breweries by searching for them on the internet.
Here is the website for Southbound Brewery
They have a great website... and no reason for me not to think that they are open!  So we went. We pulled in to an empty parking lot with no sign of activity.  But we lucked out by speaking to a business man who has an office in a separate part of the building.  He took us around to the back side of the building, and hollered at the guys... "Hey, I've got a couple here all the way from Oregon, that came to visit your brewery" 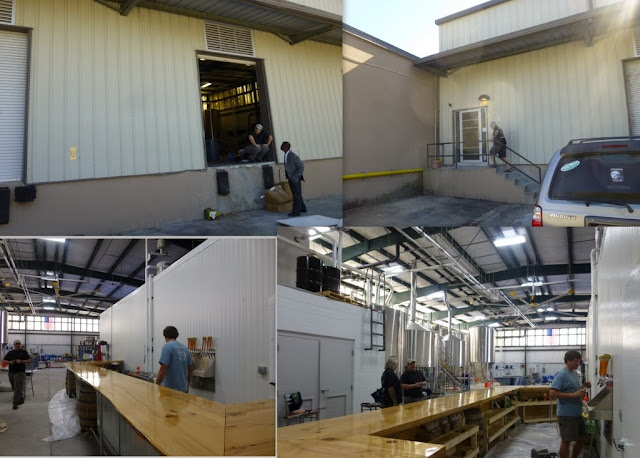 They invited us in for a beer!  But don't touch the counter... it is freshly varnished.  They served up a Hoplin' IPA for Jeff, and a Belgian Day Trip'ler for me.  Wow... that beer was incredible.  Honestly, I had never tasted a better beer. I would describe it as full of substance, smooth, not bitter, not sweet, not dull... incredible!  Turns out it is 9.5% too.

Not sure how long they have been brewing, but they have their beers in a lot of the local bars, they've just never been open to the public.  They have the taps and the bar just about ready for guests now.
But because they are a brewery, with no limit on production, they are unable to sell beer at their location.  What they will do is sell customers a brewery glass, and that glass will get them several tasters.  There is a way to get around most anything.

Thanks to Smith and Alex for inviting us in and sharing your good beers with us! 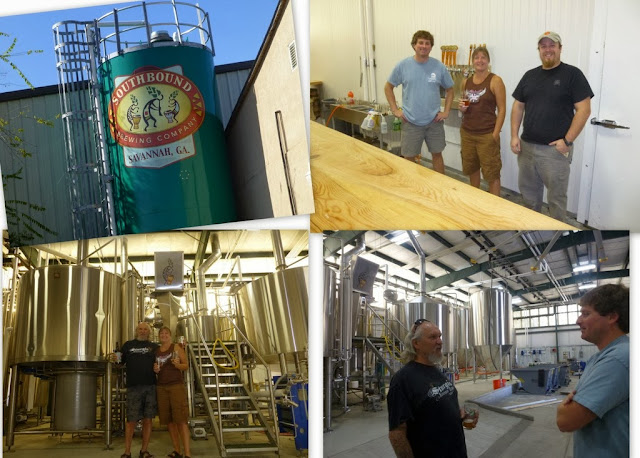 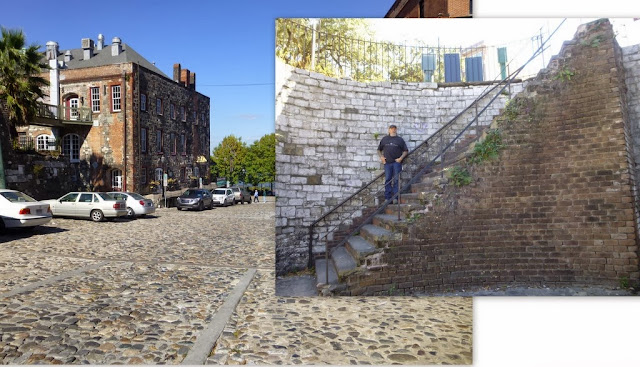 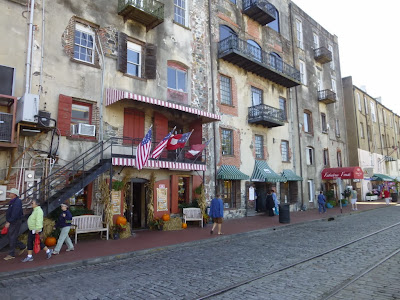 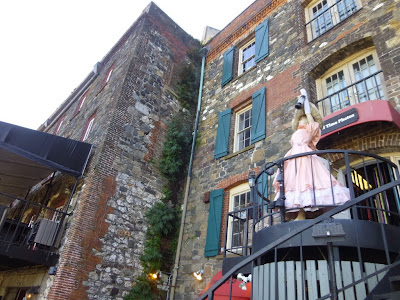 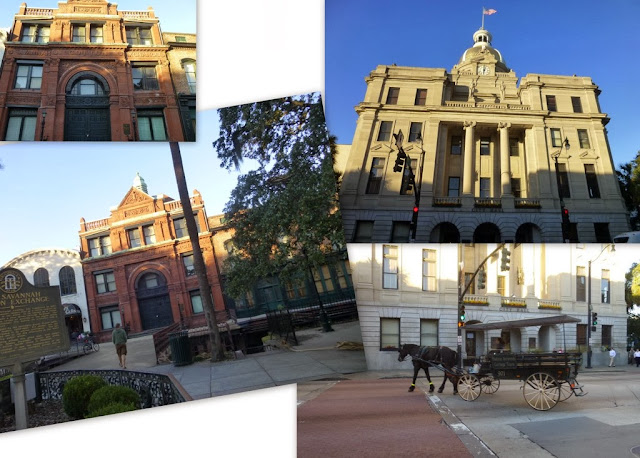 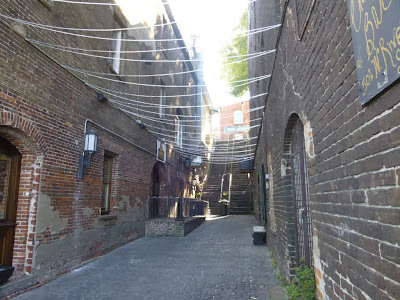 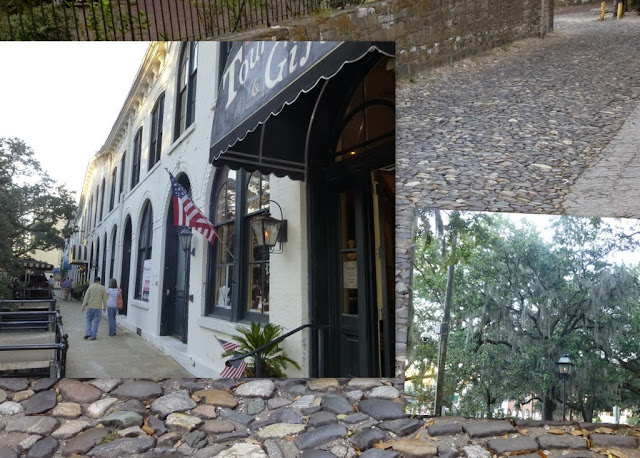 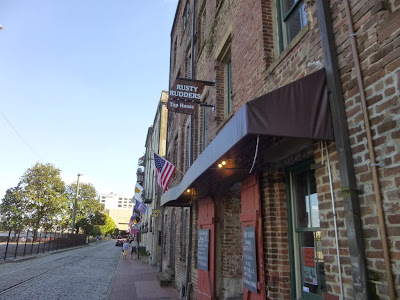 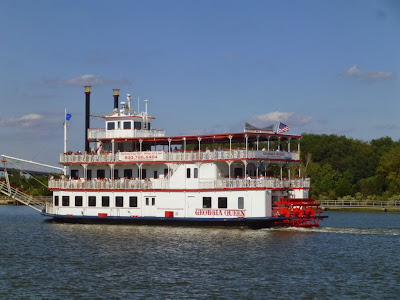 Savannah is an old city, and enjoyable to walk around... especially along the old River road.
But it is not enjoyable trying to drive in, and nearly impossible to park with a big truck. 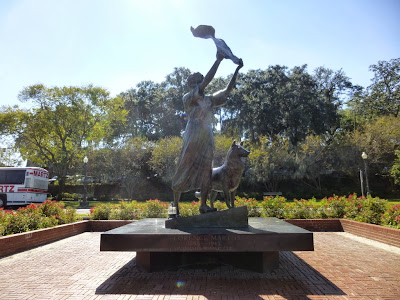 The photo below is from Fort Pulaski.  It was carved on a brick by G.W. Martus Feb 4 1880.  I decided to look up G.W. Martus.  I found a George W. Martus from Chathum county in the 1880 census.
Then the above sculpture caught my attention.  It is Florence Martus, known as "the Waving Girl".  She took it upon herself to be the unofficial greeter of all ships that entered and left the Port of Savannah between 1887 and 1931.  Her father was a sergeant at Fort Pulaski.
Just thought it was interesting... 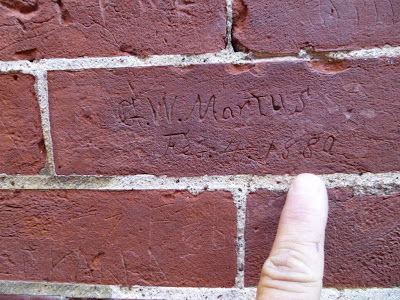 Jeff tripped and fell while attempting a short cut in Savannah on our second visit, and it seemed he must have bruised some ribs.  So because of his painful movement, we stayed longer in the area than we had planned.  From Hardeeville, we had thought we would go to the Brunswick area where we could meet up with Duane & Louise again.  But since we were running late, we decided to go on to Florida.
...That Next!
Posted by The Bright's at 7:34 PM