At last post, we were in search of a hosting job, North of Moab Utah near some water.  We found that place and left Moab on July 11th for Keyhole State Park near Moorcroft, Wyoming.

We planned our route so that we could visit friends along the way. 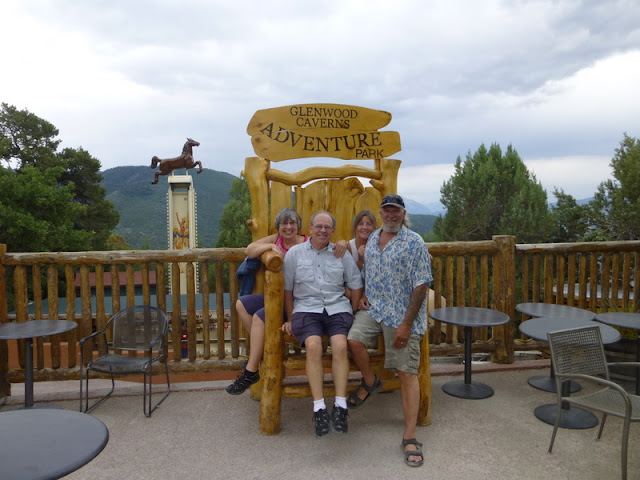 They set us up in the church parking lot across the street from their house.  It was quiet, convenient, and FREE is always good! 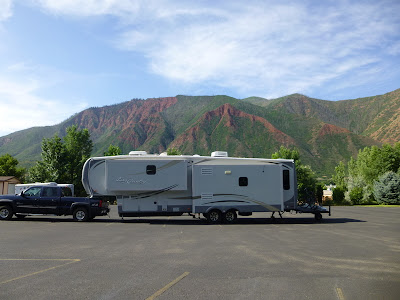 They took us to Glenwood Caverns Adventure Park 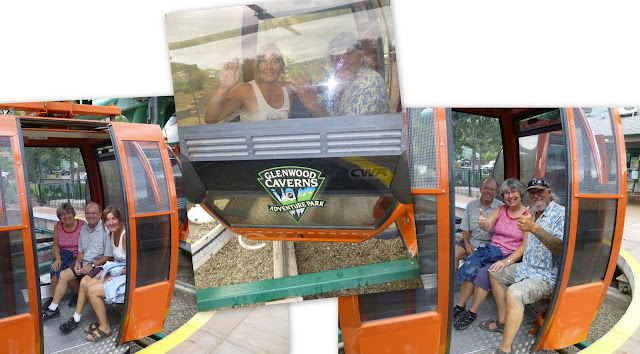 Glenwood Springs is beautiful, and we could have stayed busy for a few days...
but we had a camp hosting job to get to... and other friends to see first.
After a delicious breakfast at Jim and Berne's, we set out for a 350 mile drive to Torrington, WY.   The days drive was very enjoyable... we drove to an elevation of over 11,000 feet,
and drove through the Mile and a half Eisenhower/Johnson Tunnel. 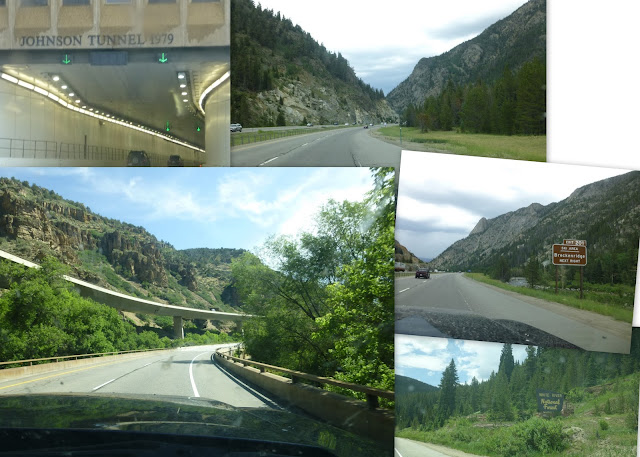 We stopped for fuel in the afternoon, and a thunder & lightening storm hit.  The timing was great.  We just stayed put until it passed. 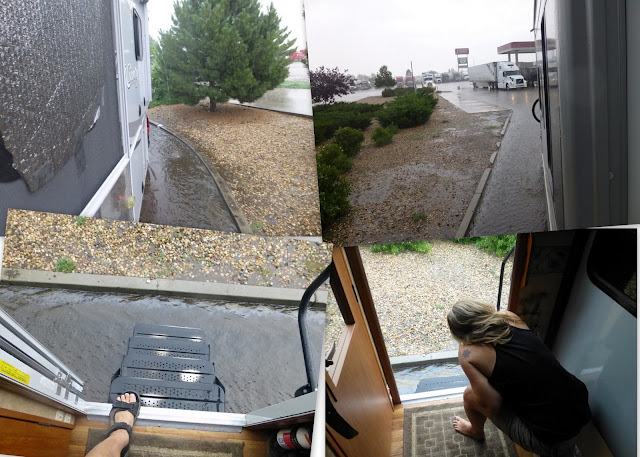 We started by sitting outside under the awning, watching the lightning.  But then it poured!  So we moved inside to watch.  It wasn't long before we had a flowing river out our front door.

By the time we got back on the road, we found ourselves tired of driving.  We couldn't imagine driving another 3 hours, so we looked for a place to stop for the night.  Just a few miles over the Wyoming border, we saw a Welcome center with a big parking lot.  So we took the exit and were thrilled that they had no problem with us staying overnight!  We rolled our slides out and kicked back!

We rolled into our friends place in Torrington, WY in the morning, with plenty of time to visit and play.  They have a bit of property, so they had space for us to park. 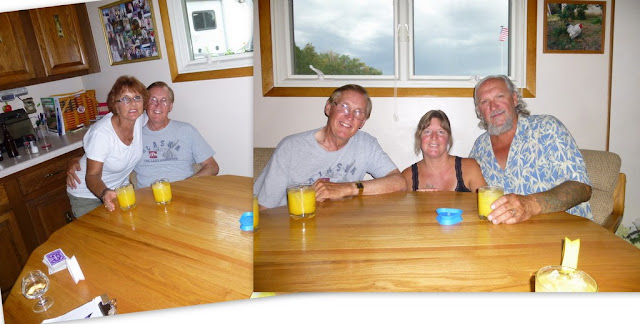 On the 14th we arrived at Keyhole State Park, where we had a camp host job
at their Pronghorn campground. 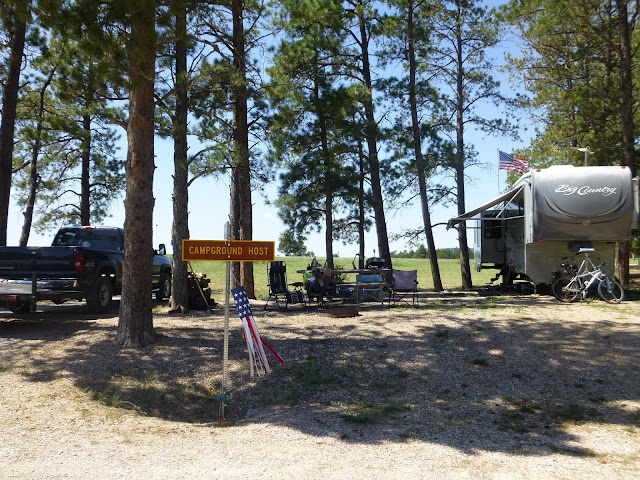 It's a beautiful campground on the lake.
We're surrounded by Pine trees and thunder & lightning showers every day or night.﻿ 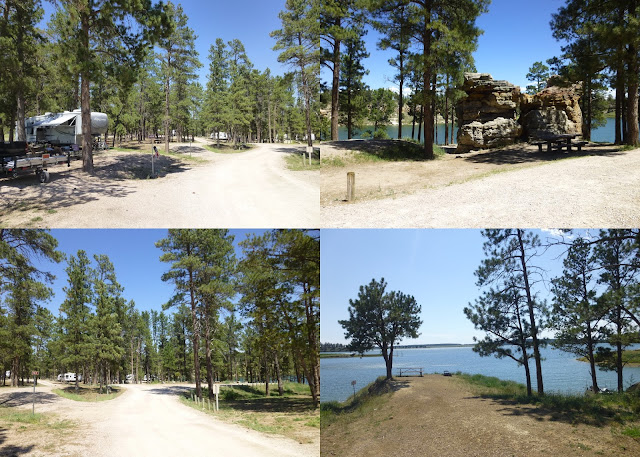 Problem is... they don't have much of anything for us to do!
We stock and wipe down the vault toilets, and pick up litter... but that's it!
Consequently, we've found ourselves really getting bored.
Gillette is the nearest city at 45 miles away.  We went there shortly after arriving, to do some shopping and look around, but the drive took longer than seeing the "city".
Devils Tower National Monument is within sight of the park, and only 21 miles via back road from the park.  So we took the dirt road and visited Devils Tower.
Devils Tower 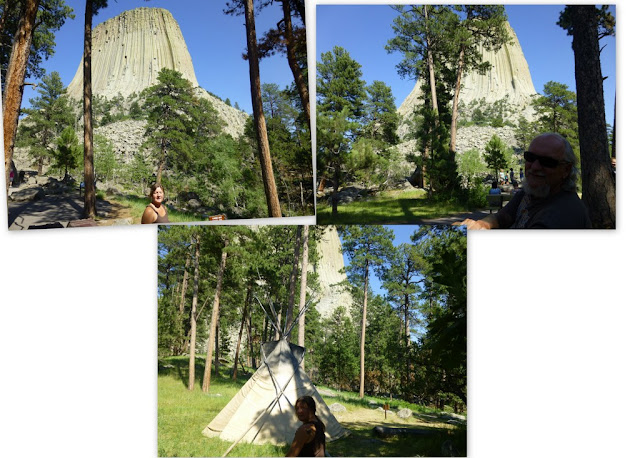 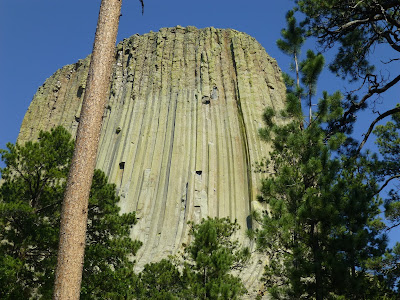 An even closer look... 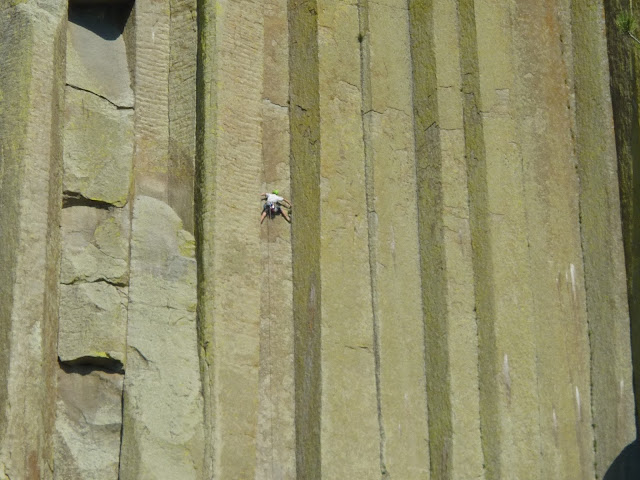 Can you believe these guys? 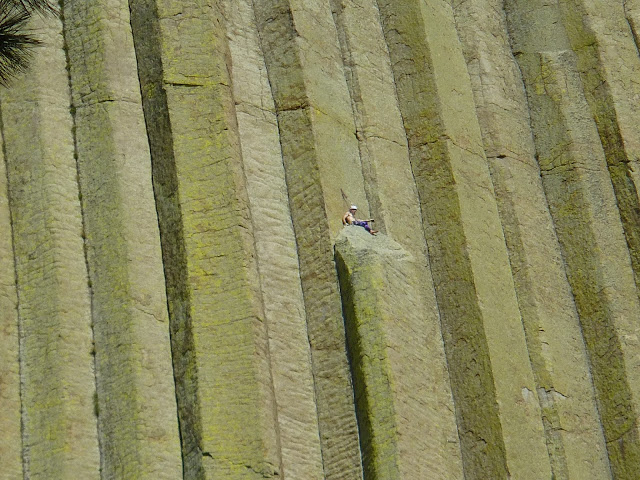 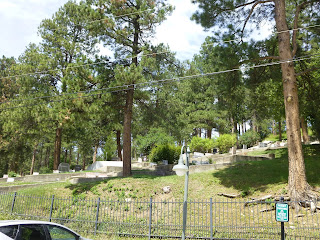 We drove home via Sturgis, SD... where the annual rally is set to begin in a week.  We visited the Full Throttle Saloon... now famous for its tv show. 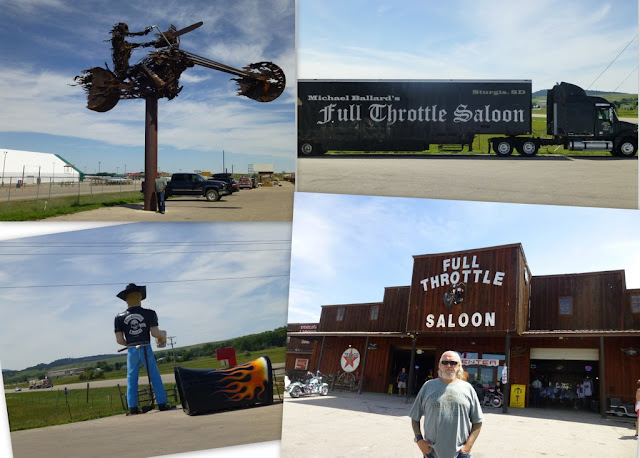 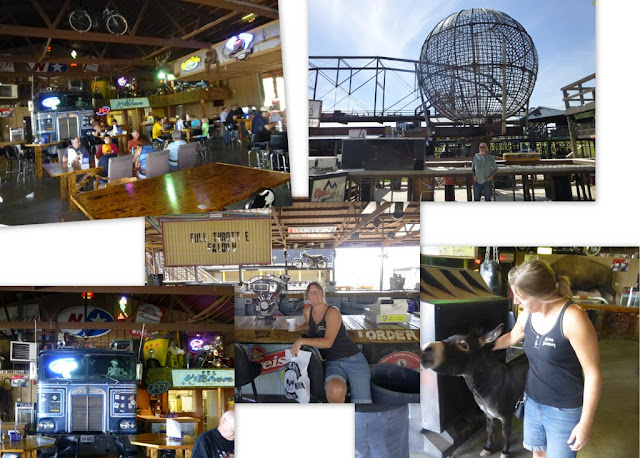 We wont be going to the Sturgis Rally this year, even though we are this close, for 2 reasons.
#1 We can't handle crowds...
and there are crowds in the hundreds of thousands in this small little town during the rally.
and reason #2...
What's wrong with this picture?? 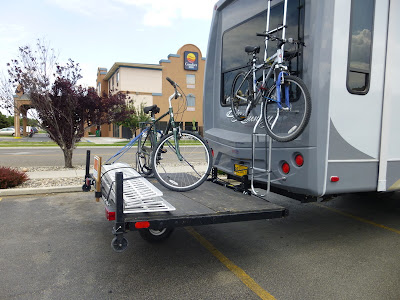 We sold the Harley the day before we left Moab! 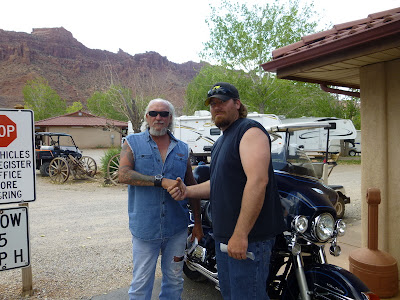 Yep... we had advertised it for sale, to simplify our travels East. 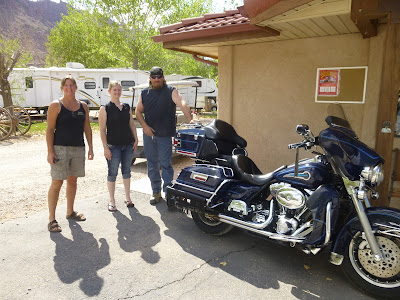 Then when we found out we would first be spending a month in Wyoming, we decided to hold on to it and try to sell it later.

But the day before leaving Moab, a guy called from New Mexico, saying that he was on his way with the cash... he wanted the bike.


So now we are pulling around an empty Swivelwheel trailer, and trying to sell it!

We had to settle for this in Sturgis this year. 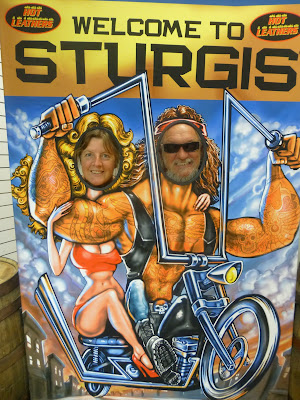 East Coast or Bust!
We're really getting excited for our travels East.  We're looking forward to seeing new places.
We have the route planned, just not the exact timing... which is fun traveling that way.
We will travel around the Great Lakes, into upstate New York and the New England States,
then down the East Coast, cutting over to Tennessee, then to Florida for the Winter.
That's the plan... and its getting closer!
﻿
Posted by The Bright's at 12:33 PM 13 comments: