Hi Y'All...
We're enjoying our time staying at Sumner Lake State Park.  Its so quiet and secluded.  A couple more campers came in last night, but were gone this morning.  Jeff tried fishing last evening, but not even a bump.  But tonight though... he rode his bike down to the lake, and came back with... NOTHING!  But... he caught 8!!  They were small white bass... too much work to make a meal... so he threw them back.

We went for a walk along the shoreline yesterday, and found a stash of wood that someone left.  Of course, we came back in the truck and picked it up! 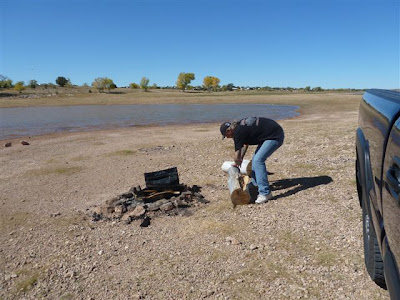 It gave us a good fire last night...  it was a beautiful night.  Stars all around us. 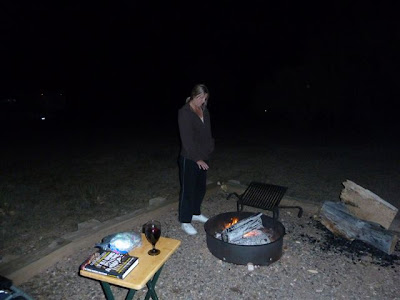 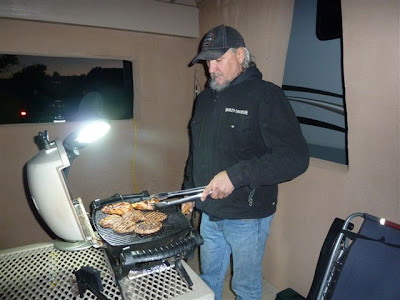 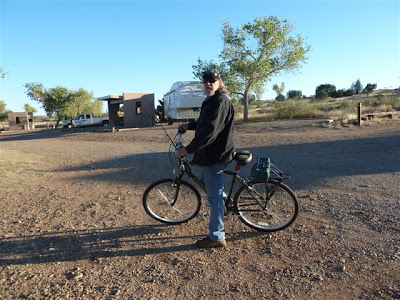 Earlier today, we went into Fort Sumner.  It's a historical site, but we can't say the place was real eventful.

History Lesson:
The site marks the former Bosque Redondo Indian Reservation where some 9,000 Navajo and Mescalero Apache Indians were interrred in the 1860's after the government removed them from tribal lands.  In 1864 Troops led by Kit Carson forced Navajos to walk 300 miles from Fort Defiance, Arizona to Fort Sumner... a grueling ordeal that came to be known as "The Long Walk".  The fort was abandoned in 1868, and the Navajos returned to their tribal lands. 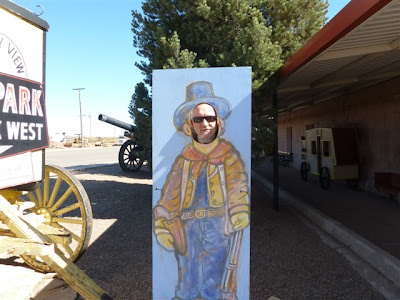 We did see Billy the Kids Gravesite: 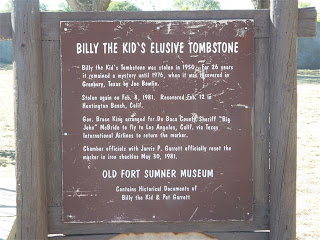 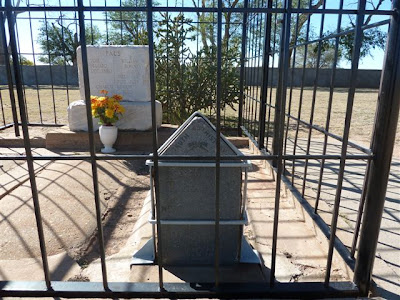 and checked out the local saloon... but the door was locked. 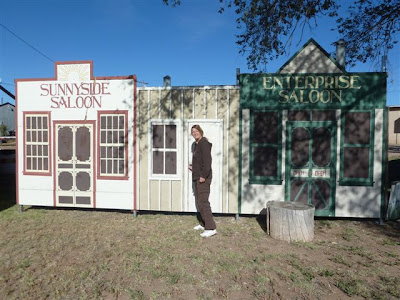